Let the anime OVA take you away

Armello studio League of Geeks announced another new project today, this time turning to the stars for inspiration. Jumplight Odyssey is a new spaceship management sim, set to hit PC sometime in 2023.

Revealed during today’s PC Gaming Show 2023 Preview, the trailer has a vibe that will undoubtedly make some viewers nostalgic. As Princess Euphora watches the evil general annihilate the fleet, the crew jets off into space, seeking salvation at the Forever Star with a plucky crew, hanging by a thread.

If you’re reminded of the days of ’70s anime, that’s not an accident. League of Geeks specifically cites Star Blazers, the animated adaptation of anime series Space Battleship Yamato, as an inspiration. And according to the Steam page, there may be some smooth ’70s Tokyo disco in the mix, too.

While the trailer gives a good look at the style, inspiration, and setting for this adventure, the Steam page holds some more info on the actual gameplay of this “FTL-meets-Star Blazers” hybrid.

As the captain escaping the warmongering Zutopans, you’ll have to keep the starship running while making your way to the Forever Star. This means managing needs, repairing damage, and keeping an eye on those aboard the ship. 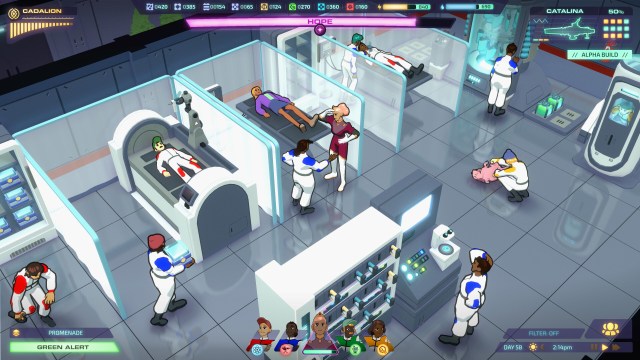 Crewmates can act out a sort of “floating melodrama” thanks to their moods, allowing relationships and incidents to arise. Keep Hope alive, literally, and it’ll keep your boat afloat.

Different biomes and hazards, emergent disasters, and hostile ships all act to keep you from your goal. But this seems like a cool mix of spaceship sim and management, with an infectious nostalgia for the classics. Alongside League of Geeks’ other project, a remake of Solium Infernum, the team is putting together some great-looking throwbacks. Here’s hoping they both stick the landing next year.