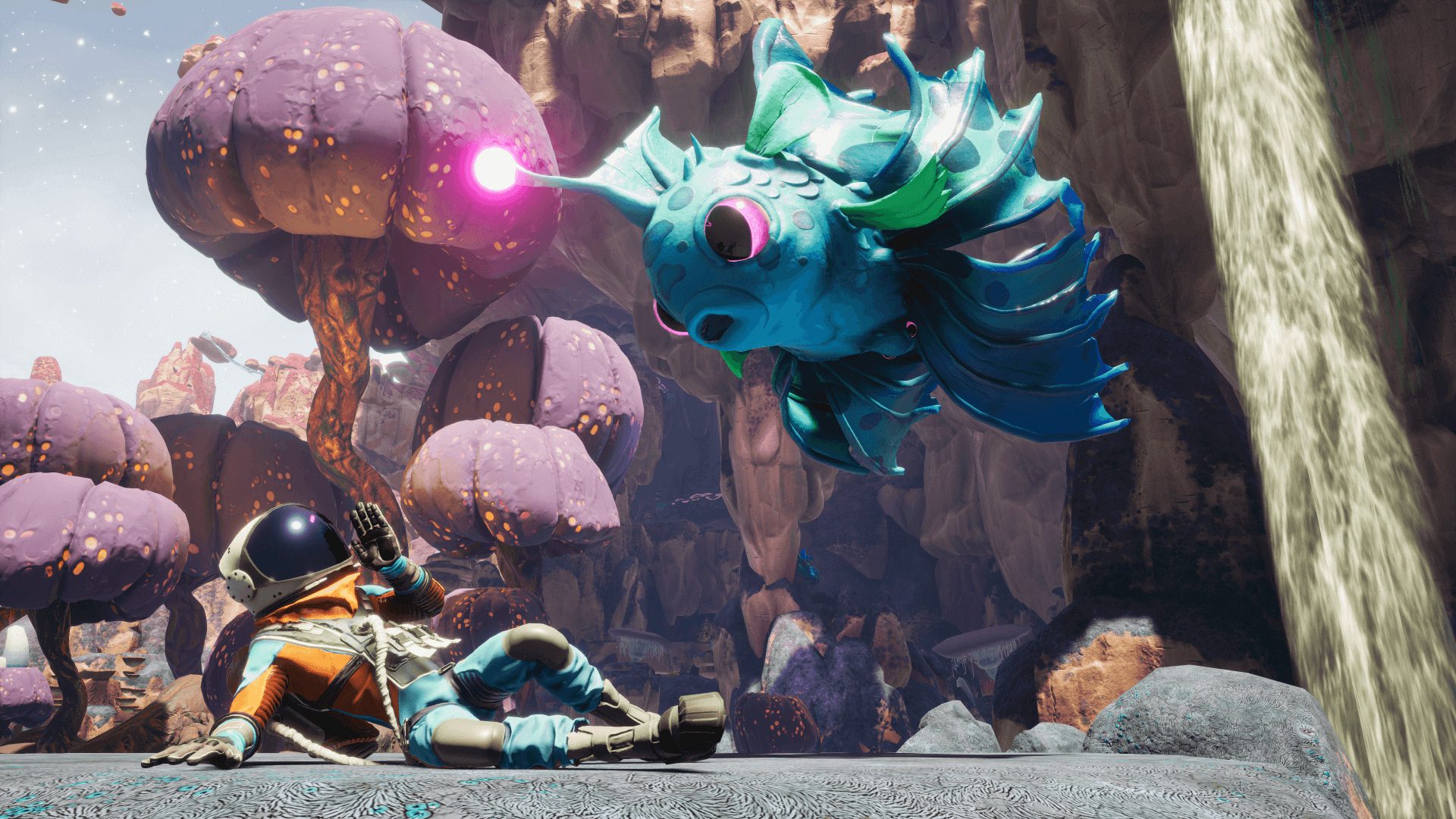 Metroid Prime fans are craving something, anything, and I’m here to recommend a game that can scratch the alien-world-exploration itch, at least for a bit, while we wait on Metroid Prime 4 or trilogy news. The Nintendo Switch version of Journey to the Savage Planet released on the eShop today.

You’ve probably seen one of us mention this game a few times before on Destructoid – we really dig it. You’ll like it too if you enjoy exploring vertical worlds, scanning creatures for your log, collecting items, and upgrading your suit with multi-jumps and a grappling hook, among other traversal abilities.

Journey to the Savage Planet falls on the shorter side depending on your priorities. It’s about seven hours if you don’t rush, and double that if you want to check off every Science Experiment and track down all 100 life-boosting orange goo-balls. I like to think of it as more of a “Metroid Prime lite.”

Once you’ve memorized the most efficient routes, you can fly through the story in a few hours.

Along with the digital eShop release, 505 Games and Typhoon Studios are planning to release a physical Switch version of Savage Planet in Europe on June 26, 2020, “with availability in the Americas in the days following as supply chain allows.” In both cases, the game costs $29.99 – reasonable enough!