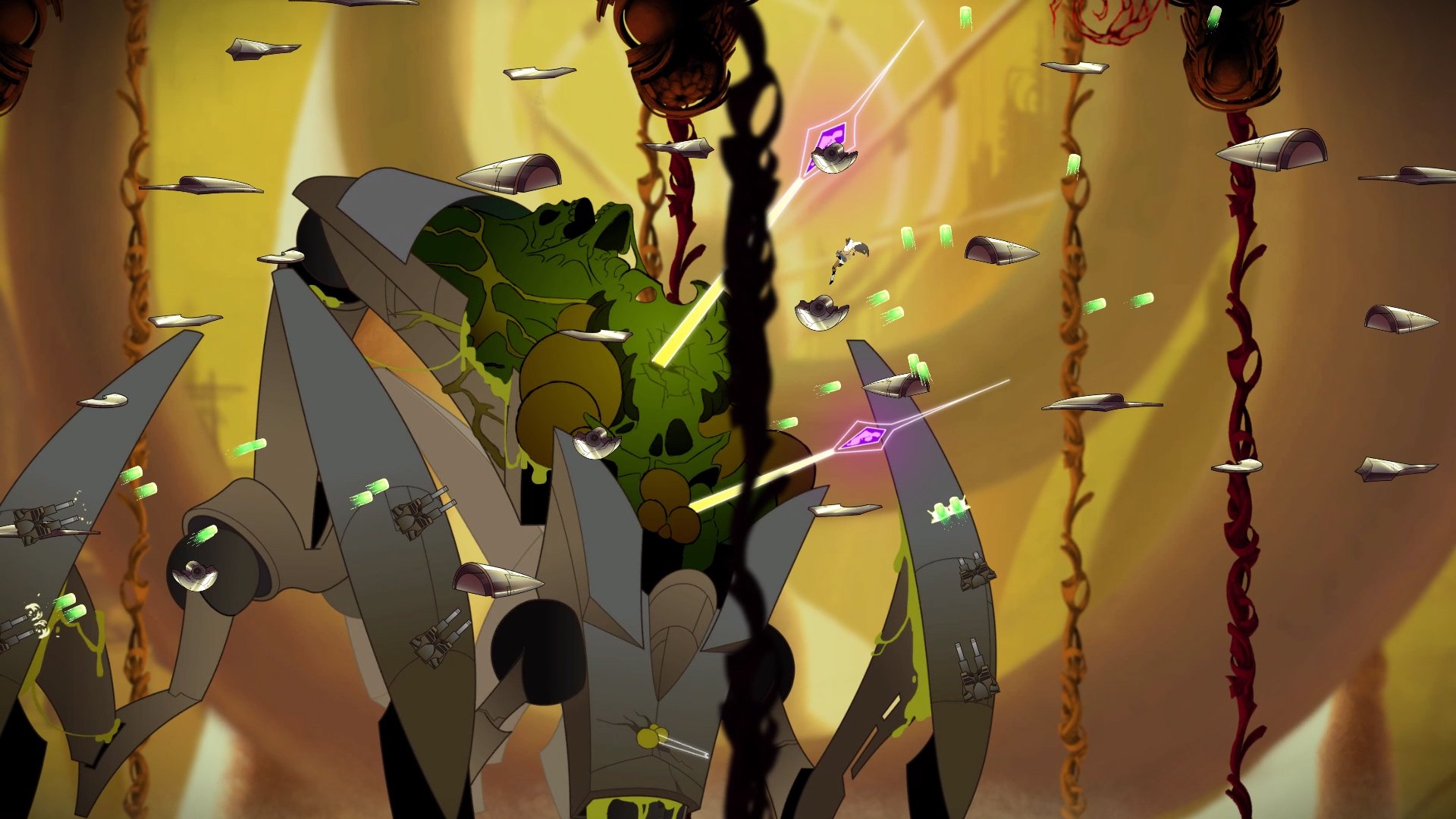 Coming off of its Norse mythology adventure Jotun, Thunder Lotus Games is back with another hand-drawn, boss-filled game, one that’s “heavily inspired by Lovecraft’s writings.” It’s called Sundered, and you need to see its eldritch horrors in motion before we go any further.

The team describes it as a “replayable Metroidvania” with procedural elements — somewhere between “Rogue Legacy and Super Metroid” — which is also what Chasm hopes to pull off. That might be a turnoff to some, but I think creative director William Dubé does a decent job of selling the concept.

“Obviously, you can’t stuff in everything about the game in a 60 second trailer,” he wrote in a post on NeoGAF. “We really wanted to convey the mood, setting and art-style more than gameplay. The procedural generation we’re doing is close to a game like Diablo. We’re using it to create sub-sections, but the global layout of the world does not change. There are central unique rooms that always spawn though, allowing us to create sections that are blocked off by abilities you haven’t yet acquired.”

Another tidbit: “We’re also triggering dynamic events for monsters and hordes (sort of like Left 4 Dead),” says Dubé. “The enemies don’t just patrol back and forth on platforms, they are spawned based on where you are in the world, how long your run has been going, tension levels, etc.”

You can get a sense of that scale in this screenshot:

Introducing Sundered, a Hand-Drawn Epic from the Makers of Jotun [PlayStation Blog]