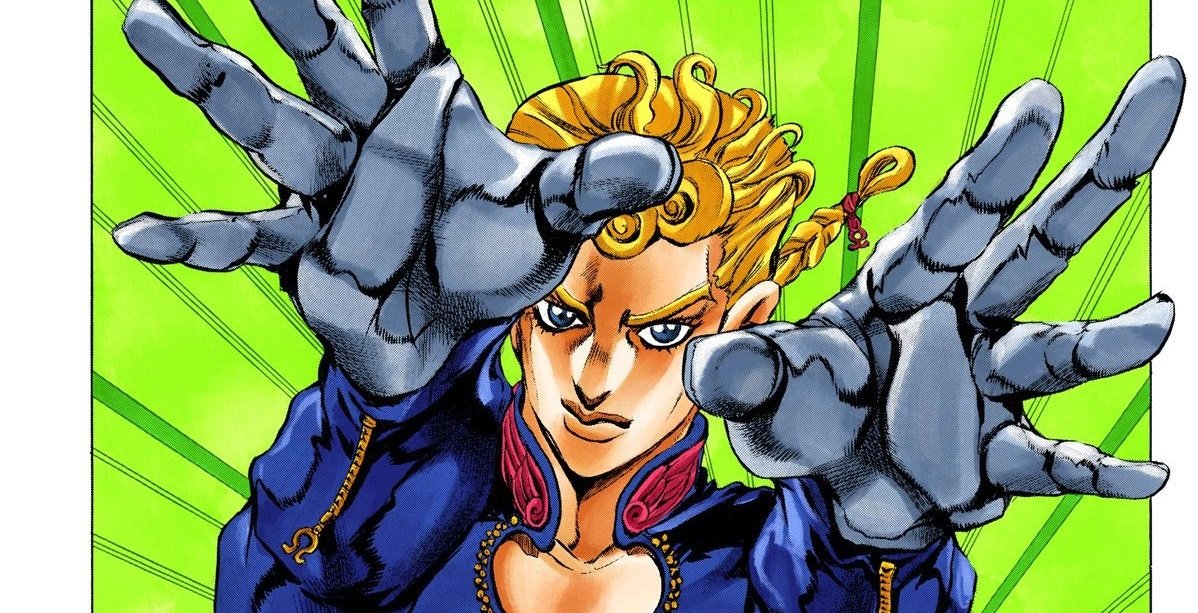 The thing that sets it apart from other long series is that each saga is set in a different time period, along with focusing on a different cast of characters. While they’re all connected, each story gives off a different feeling, which is one of JoJo’s strong points. That, and it features ridiculous poses, along with the heroes finding clever ways to use their abilities to stop their foes.

Golden Wind focuses on Giorno Giovanna and his goal to become a gangster boss. From what my friends told, he’s trying to be the Robin Hood of mob bosses. It also covers Hirohiko Araki’s transition from a Fist of the North Star-inspired style to one that’s influenced by fashion. If anything, the original creator’s art evolution is an interesting one.

Even though the anime premieres in October, people will get the chance to watch the first episode at Anime Expo 2018 on July 7. If you live in Japan, then you can catch it on July 5.

With the staff having some people from the previous JoJo installments, I’m curious to see how it’ll stand out from the others since each arc featured a different animation style. Hopefully, it does well during its run since it’ll increase the chances of the other arcs getting adapted. Also, I look forward to jamming out to the Western song they pick for the ending. Seeing that we received “Roundabout” by Yes, “Walk like an Egyptian” by The Bangles, “Last Train Home” by Pat Methany Group, and “I Want You” by Savage Garden, I have a feeling they’ll pick another catchy tune.