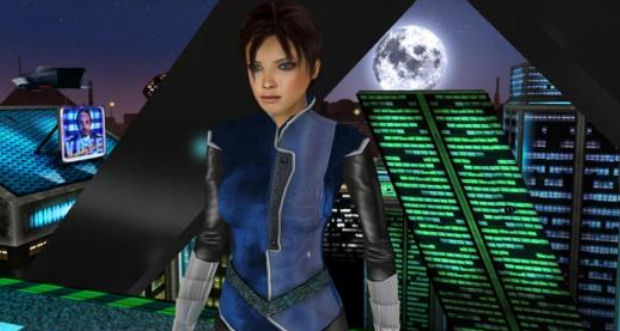 Remember when Rare was synonymous with top-of-the-range shooters as opposed to sentient animals full of candy? We do, which is why we’ve been quite happy to see Perfect Dark getting a release on Xbox Live Arcade. Perfect Dark XBLA goes one step further than a mere port, however. It’s a mere port with HD GRAPHICS!

Having taken this previous N64 exclusive for a test drive, what does Destructoid think of it? Well, why don’t we just tell you, for God’s sake? Hit the jump for some quick Jimpressions and to see if this is worth your time and money. 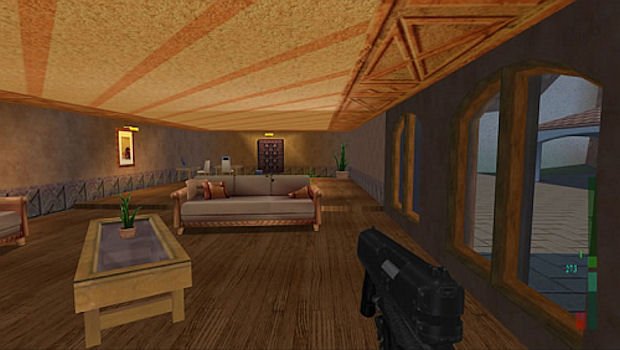 The most striking thing about Perfect Dark isn’t how the graphics have received a classy new overhaul, it’s just how well the game has stood the test of time. First-person-shooters are classically among the first to suffer the effects of old age, as archaic control schemes and dodgy physics ruin an experience we once remember as brilliant. Perfect Dark certainly lacks the bells and whistles of modern FPS’, and you’ll soon feel the lack of a compass, but Rare’s old classic still feels great to play.

The controls have adapted well to the Xbox 360 controller, although scrolling through weapons via the Y and B buttons feels strange. There’s a radial menu assigned to the Left Bumper, but it feels dodgy to use. That minor niggle aside, Perfect Dark works great. You’ll have to get used to the lack of regenerating health and all the other crap that modern shooters bestow upon us, but Perfect Dark‘s purity is something to be commending. 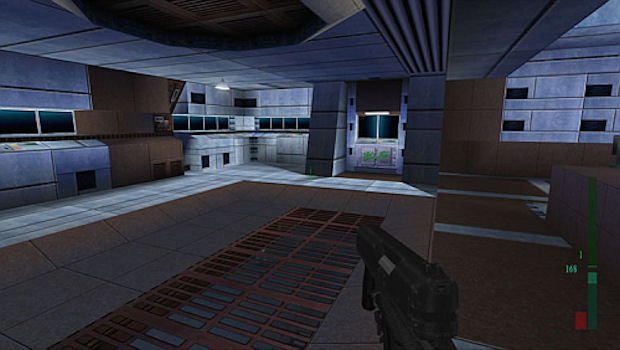 As far as those all-important graphics go, Pefect Dark looks rather swanky. You can most definitely tell that the game’s been upscaled from something far, far older, and it doesn’t look half as good as some of the titles on XBLA, but compared to the N64 original, Perfect Dark XBLA is a veritable oil painting. Characters, especially, look so much better than their terrifying N64 counterparts. While PD might disappoint those expecting a full engine overhaul, completely remade from the ground up, those merely looking for a significantly prettier game will be satisfied.

New additions are thin on the ground, but obviously the game can go online this time around. I can’t tell you about that part because, well, hardly anybody has the game yet. Split screen is included if you want to kick it up old school, though. Obviously, Achievements are in full effect, as are Avatar Awards. Score a headshot, win a digital T-shirt. Easy as pie. 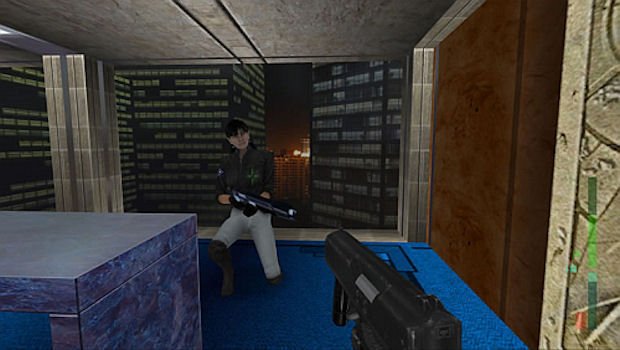 Perfect Dark XBLA is looking like a worthwhile purchase for fans of the original, if only because it provides the same gameplay while going far easier on the eyes. If you’ve not played Perfect Dark before, then this is as good a time as any. Newcomers who possess at least a healthy appreciation for old school gaming will find plenty to like about Perfect Dark. Shooting doesn’t get more simple, or satisfying, than this.

The short story: It’s Perfect Dark but looks better. What else can you say?