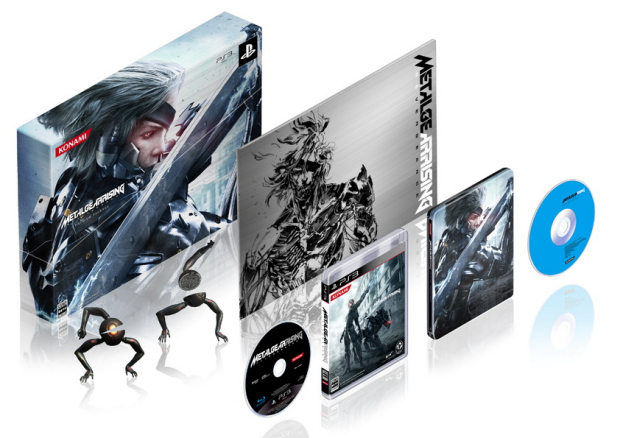 This gear is totally metal

Konami may not know that 50% of what it publishes even exists, but at least it doesn’t screw around where Metal Gear is concerned. The publisher has unveiled the Rising: Revengeance special edition that’ll be coming to Japan. It’s pretty nice.

The premium edition comes in a steelbook, with a Cyborg Ninja in-game skin, a soundtrack, an artbook, and a figurine of one of the weird robot ball-things with hands.

The Konami Style Special Edition is even more lavish, containing as it does a fully poseable Raiden action figure.

In North America, we’re getting something different — a soundtrack and a sword-shaped lamp. No robot-handballs for us. Booooo!