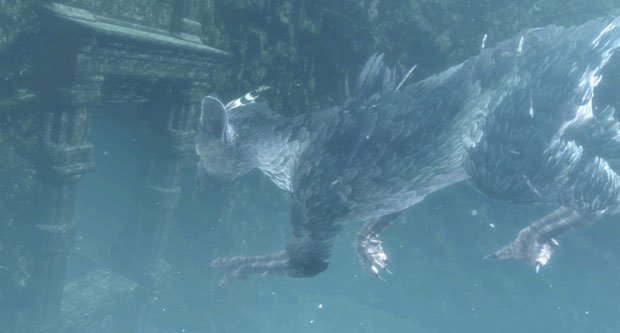 Ask anyone what their most anticipated PlayStation 3 game of this year is and you’re likely to get an answer like Heavy Rain or God of War III. Some, however, would give you the less obvious answer — Team ICO’s The Last Guardian.

I say “less obvious” because, despite the cult status of ICO and Shadow of the Colossus, I’m not entirely sure The Last Guardian has the same “blockbuster” or marketing potential as many other titles. But make no mistake — The Last Guardian is going to turn some heads.

For proof, look no further than the Japanese site for the title, which may or may not feature “new” images. Hell, even if the images aren’t new, it’s a nice reminder that the game is on its way and it’s going to be gorgeous. It’s also a nasty little tease, as we still know very little about how the game will play and what that creature’s relationship is with the boy.

Here’s what I know — when I play the game, I’ll be sure I have a box of tissues next to me. Uh, because I’m going to cry. Perverts.