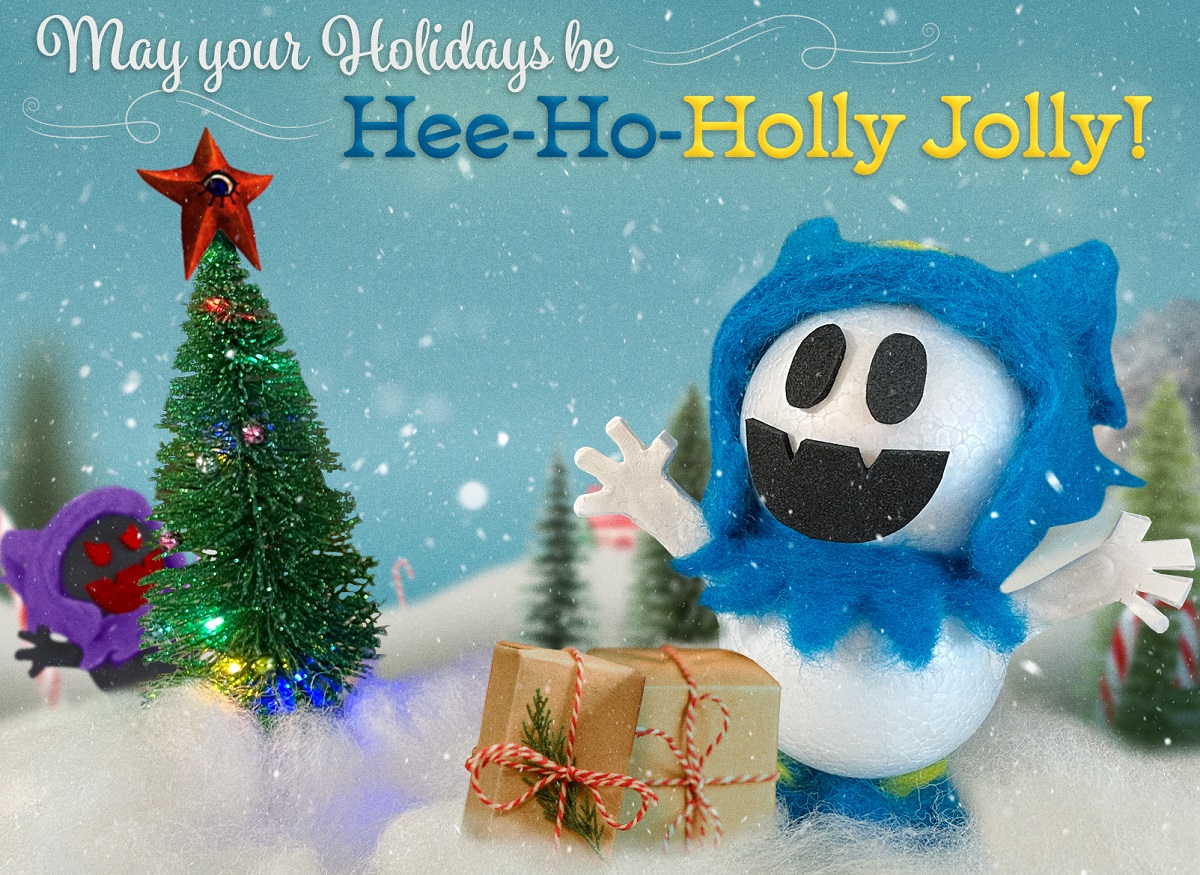 Look forward to something, somewhere, at somepoint

Happy new year folks! Here’s to another fine year of this fine pastime of video gaming, and it seems that many of Japan’s biggest developers and publishers are all ready and raring to bring fun new adventures your way in 2023… They just aren’t exactly ready to come forward with any titles, release dates, platforms, or trailers…

As part of the myriad Happy New Year messages dropped by multiple studios, a lot of titles were certainly teased — in as much as it was revealed that they exist, somewhere, in somebody’s desk.

[Thanks to Gematsu and Famitsu for the translations of the studios’ messages.]

Konami led the charge, teasing “power-ups”, (whatever the hell that means), and “new developments for familiar series” while also “quietly progressing on new projects”. So, look forward to all of that. Especially the power-ups!!

Persona publisher Atlus also joined the cryptic crew, noting that it is “preparing several unannounced titles” while also asking fans to check out the incoming ports of Persona 3 Portable and Persona 4 Golden, which hit PlayStation, PC, Xbox, and Nintendo Switch platforms on January 19. They’ll be here before you know it — ready and raring for their 14th playthrough.

Spike Chunsoft — of Danganronpa and AI: The Somnium Files — also noted that it was “preparing unannounced large-scale title(s)” with some form of reveal to be expected “in the not-so-distant future”. Spike Chunsoft is also preparing Master Detective Archives: Rain Code for its upcoming Switch release, and will also be handling the long-awaited PS5 edition of The Witcher 3: Wild Hunt Complete Edition.

Koei Tecmo was a little more specific with its new year plans, announcing new RPG Fate/Samurai Remnant for PlayStation, PC, and Nintendo Switch platforms. Fans can expect the new title at some point in 2023. Developers Omega Force and Kou Shibusawa, and Aniplex released a short teaser trailer. You can also check out a brand-new website right here.

So there you have it. Plenty of studios are planning to release something, at some point. Let’s go!