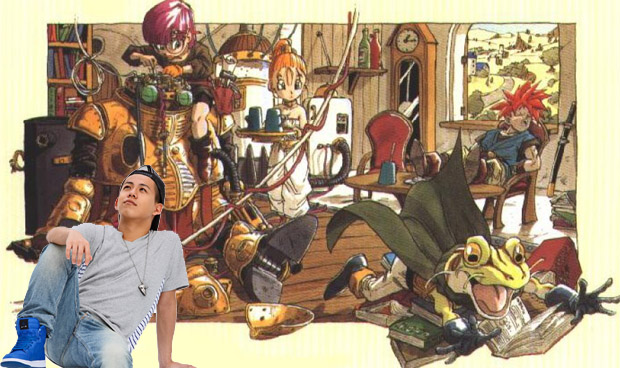 Composer Yasunori Mitsuda’s music for Chrono Trigger is timeless, though it’s said that he feels like he’s done better work. Nonsense. In my opinion, it’s one of the best stand-alone musical scores ever created for anythying, ever. How good is it?  Even today, some decade and a half later, one of the game’s main themes is set to live on as a Japanese pop song.

Singer/songwriter Pop/R&B artist Shota Shimizu has a new double A-side single, titled Utsukushiki Hibi, set to drop in Japan in the middle of next week. Why is this notable to you? Well, take a listen to this sample of track 3 from the disc (Japanese webpage). Sound familiar? That’s Mitsuda’s Wind theme, a prominent song from Chrono Trigger. This vocal arrangement is called “Kaze no you ni” (“Like the Wind” in English). This song’s chorus is directly inspired by the Chrono Trigger song, and a piano sample from the game song also plays throughout.

Some of you may not dig Japanese music, but this is pretty nifty, right?