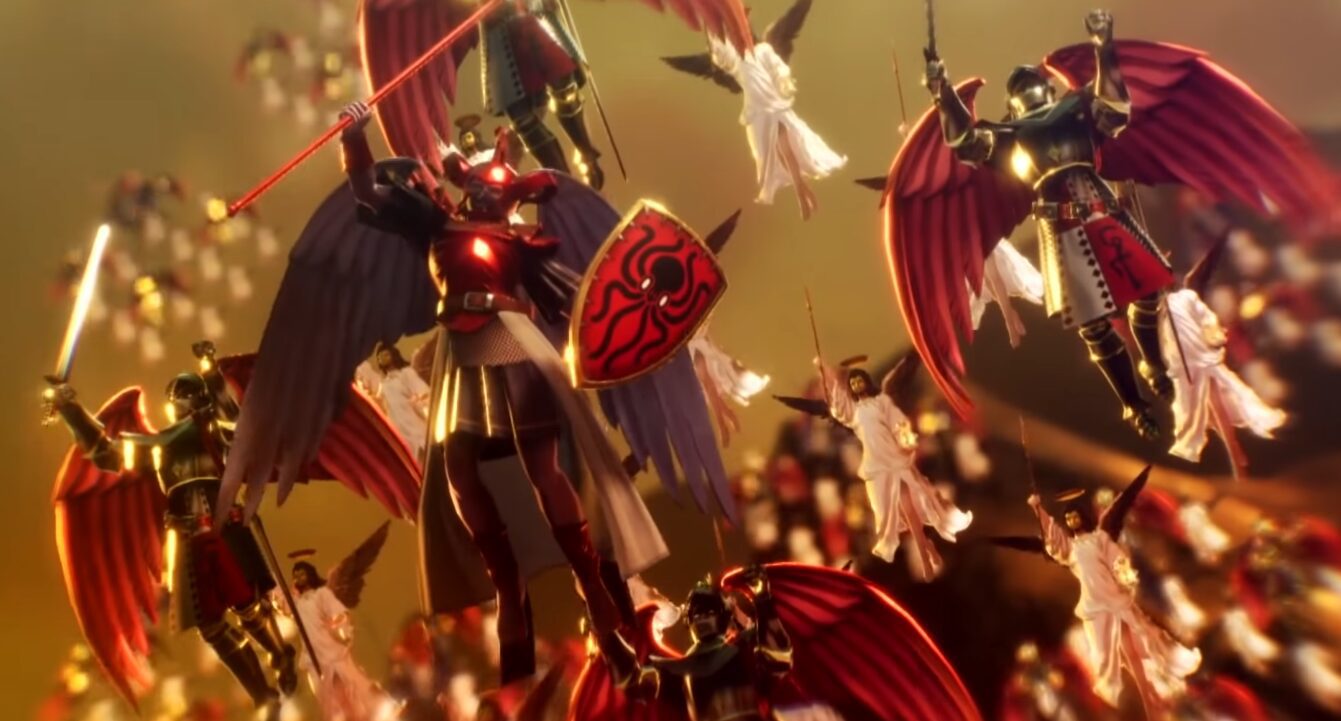 [Update: Ask you and shall receive! Nintendo has provided an updated trailer post-E3 that follows suit with the cool Japanese one You can find it directly below.]

The Shin Megami Tensei series is incredibly atmospheric, so it’s just as well that the new entry would get an appropriate trailer. Wait, I’m talking about the Japanese one you probably haven’t seen! While the Shin Megami Tensei V trailer that ran during the western Nintendo Direct wowed our staff internally, the Japanese one that aired afterward (and during the separate Japanese Direct) slaps.

Instead of a marketing voice talking over some of the features, we just get a clear look at the game amid more narrative elements. That includes a little stinger at the end that showcases a very familiar building up close (it’s shown at a distance in the US trailer). Note that the US one does give us a little more in terms of the demon chat/recruit/fusion system: likely to sell fans who have never heard of the series before. Whereas in Japan, fans generally are already aware of those systems without a voiceover and giant text fluttering about.

I get why the US Shin Megami Tensei V trailer is the way it is, as Sega/Atlus are trying to cater to a new audience on a widely successful system. But if you’re an SMT fan, you may as well watch both as you patiently wait until this thing is out in November.

Man, Shin Megami Tensei III Nocturne HD really did come out at the perfect time, right? Some people are probably still making their way through it, experiencing these mechanics for the first time. And it’s just as well, since Nocturne is still one of the best JRPGs of all time. It’s a great warm-up for SMT V, let’s just hope it delivers.

So here’s the Japanese one I was talking about, with less voiceover:

And here’s the US one from the Nintendo Direct:

This is the updated English trailer post-E3: