Jacob “Humble” Browe is a visionary. He’s just shipped a multi-billion dollar game to hundreds of retailers across the United States and Canada, with additional release dates staggered across the world.

After running a successful Kickstarter that raised over $6.5 million to campaign for Avenged Sevenfold to play in his backyard, he then created a Patreon in an effort to supplement his crippling Starbucks habit month-to-month while using kickbacks from his millionaire parents to create Minelands: Call of the Border, the game that’s got millions clamoring for a sequel only a day or so after release. Now he’s making waves in the industry like we’ve never seen before. From humble beginnings, he’s rising through the ranks of the video game business like a shooting star. It’s going to be one fascinating ride.

Minelands: Call of the Border, from Triple-A Developer Entertainment, is Browe’s baby, the product that’s single-handedly responsible for his rise to prominence. It’s received dozens of perfect 10/10, 5/5, 3/3, 2/2, and 1/1 scores from outlets just like this one, and none of us have even gotten to play the game yet. It’s a thrill ride to be sure, but the game isn’t the only reason he’s becoming a household name.

After putting out a series of daily developer diaries, a photo documentary series with stills from each minute of his day (including videos from each of his Starbucks jaunts), Browe has gained a following with fans as well. His Twitter features up-to-the-minute news and opinions sponsored by now-defunct “energy” soda Vault, where he speaks only in lowercase, using bizarre syntax and phrases like “v cool” and “p sure.” When it comes to the industry he grew up shunning to ensure he could still impress vapid women in high school, no detail can go overlooked. 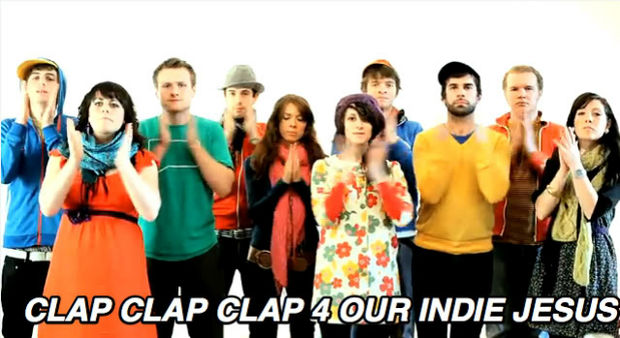 Browe was the picture of patience and humility during our chat in the Gaylord Hotel suite he so lavishly recommended that I reserve with my credit card. I had requested my own room, but he was gracious enough to suggest we share the executive suite because, as he put it, “There’s way too much space in here for one lonely guy.”

He spent much of the interview posted up at the minibar alternating between downing shots like a fish desperately seeking the glistening life force of water and checking his iPhone 6 Plus, making moves on his fantasy football team roster. It’s like I wasn’t even there, which actually allowed me to capture an even more intimate portrait of one of gaming’s rising stars. When he did talk though, I definitely felt a sort of camaraderie I hadn’t felt in some time from other devs. Chatting in the dimly-lit suite’s makeshift “living room” area felt a lot like, well, home.

Over a steaming cup of hotel brand coffee, Browe opened up about Minelands: Call of the Border, and why he thinks it has struck a chord with reviewers, who were privy to fifty 30-second trailers over the course of a three-month period before release. 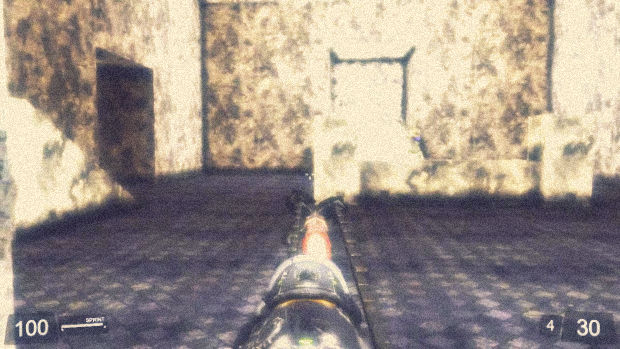 “Obviously everyone’s excited because my game is taking creative risks like no other company out there. Minelands is doing something completely and totally new,” Browe gushed, with a twinkle in his eye that could have been all the booze he had taken in before and during our talk. “For the first time in history, players can use two weapons at once. So if you’re trying to kill an enemy and make sure he’s dead, you could use your shotgun and your AK at the same time to dual-wield. You can even reload independently. And you don’t even have to hold two weapons at a time if you don’t want to. It’s not required at all. “

Technically, Browe reminded me earlier on when we met, Minelands is a first-person shooter, but its host of envelope-pushing features ensure that it defies classification. For instance, you’ll be able to save your progress anywhere in the game. Rather than waiting for checkpoints, you can go to the menu at any time — whether on PC, Xbox One, PlayStation 4, or N-Gage — and save. Female characters, I was told, would play a major role as well.

“Commander Hua Wei is a fellow operative from China, and as you play through the game as Captain Guardevoi she’s by your side every step of the way. She’ll give you waypoints from her command center, and appear before you as a hologram of sorts for in-game interactions. This is the first time there’s ever been a female commander in a shooter, let alone one that gives you orders as you go along. Of course, there’s still plenty of time for romance in the game. Hua Wei may be your colleague as you trek across the Minelands to defeat the nefarious Hangdog Mack at the Border, but there’s no battlefield too big to let love in.” 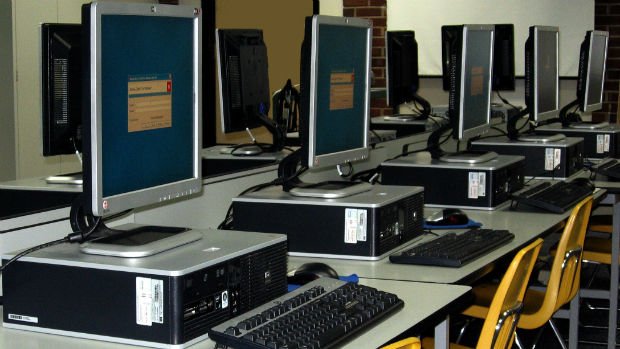 Though he didn’t share much else regarding the title that’s launched him into the gaming celebrity stratosphere, Browe did invite me out for dinner next week, where he’s ordered that I come dressed in heels and a revealing dress so that we can talk about his creative process. But what about how the players feel about the actual game? I’m dying to know myself. Minelands has been released to the public already, but technically won’t be going on sale for another couple of days, and then only at retailers like GameStop and Bed Bath and Beyond.

Some members of approved media outlets who’ve seen the multitude of trailers are keeping mum about the game thus far other than the quotes okayed for the promotional materials: “Fantastic!” proclaims a prominent games magazine. “Brilliantly!” exclaimed a digital publication.

Browe had quotes on hand, but he wasn’t so forthcoming about sharing them with me, keeping silent so as not to give anyone a taste of what’s already being called Game of the Year material. I did see something along the lines of “Brilliantly terrible,” but I’m almost certain the “terrible” was a typo and it was something like ‘Brilliantly, terribly genius” from Video Diversion Educator Magazine. But they wouldn’t get the last word on things. That pleasure belonged to Browe as he gave me his parting words to pass on.

“Please subscribe to my Patreon and support independent video game development. Buy me a vanilla bean frappuccino if you end up liking Minelands: Call of the Border. I also accept major credit cards. It’s all for the fans, and I’m planning on making something even bigger soon involving player choice. Two words: Branching dialogue options.” Browe had wiggled his eyebrows seductively toward me after divulging this information, and even as I pen this piece now I’m astounded.