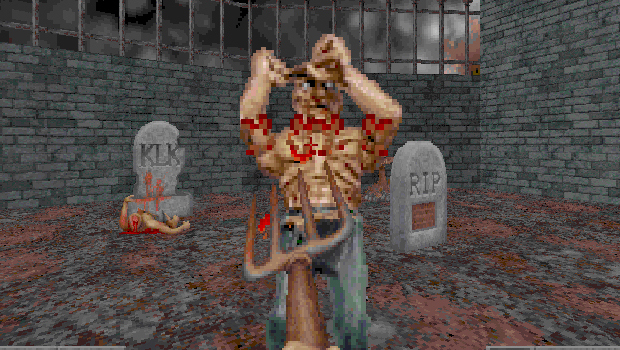 “To be clear, I am thinking of bringing the ORIGINAL Blood game back as it was, with functionality alterations/enhancements that are similar but superior to ZDAEMON’s,” Hall said on The Postmortem. “I would also make it work on all platforms, and not just PC.

“… My goal of course is for this all to be free, and all about gameplay and fun. You can rest assured that I have the resources to bring BLOOD back properly but like I said, I’m hoping to have the community participate in all this if it wants to so we can all do it together. This site is great and it would be great to see the Blood community grow!”

While some forum members though it was a troll, Hall confirmed on Twitter and in email responses to fans that it’s legit. As a lover of Blood, I can only approve of this. More Blood is good Blood, so let’s have it!