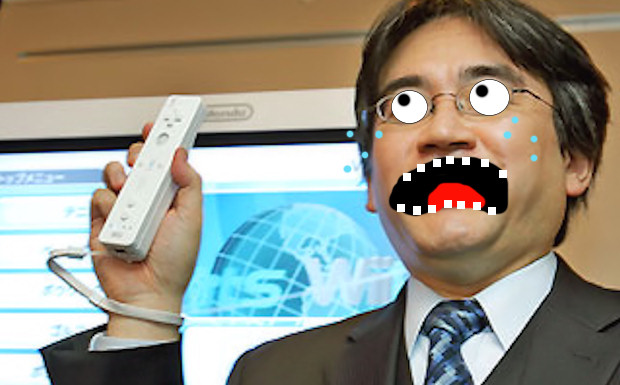 It’s no secret that the Wii isn’t the scarce object of lust that once it was, now freely available to purchase and no longer selling out everywhere in the world. Nintendo, of course, does not like this and boss man Satoru Iwata has voiced his dismay, along with a determination to reignite the waggle box’s fire.

“As you probably know, the current situation of Wii cannot be defined as healthy,” explains Iwata, talking about the system’s Japanese sales performance. “The price cut seems to have the least impact here than other parts of the world. It is our urgent mission to recover the momentum of Wii during the holidays utilizing Nintendo’s strength.”

While I respect the humility on Iwata’s part, let us not forget that the Wii has had a ludicrously popular few years and a drop like this should be expected. I dare say that nearly everybody who ever wanted a Wii has one by now. It’s not like Nintendo can keep the same sales figures consistently until the end of time.

This seems to be a rather cunning way for Nintendo to show off, acting like the Wii has set such high standards in the past that even selling thousands of systems a week is some sort of failure. Iwata, you cheeky scamp, I’m onto your tricks!