This week is reaching

Heroes of the Storm‘s “Brawls” were a good idea when they were originally pitched months ago.

Providing something akin to what League of Legends had with Dominion (a now defunct arena-type game), or better yet, Blizzard’s own “Brawls” with Overwatch and Hearthstone, the concept was to spend your time in an alternative “one week only” mode that was simplistic and not focused on typical MOBA conventions.

But with the debut of this week’s Brawl, it’s very clear that the entire gametype needs to be looked at or overhauled. 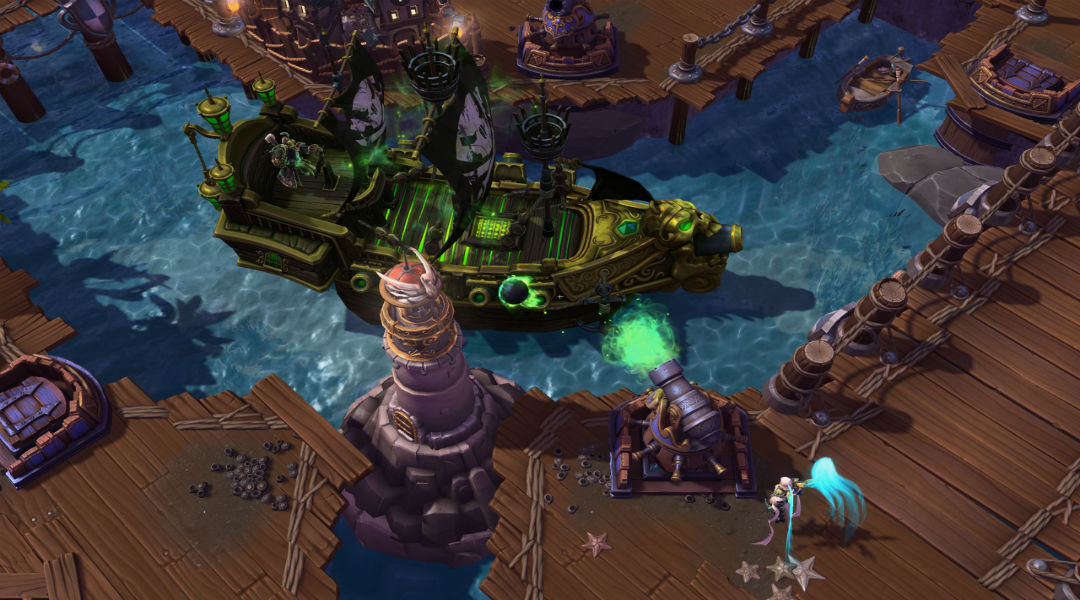 There’s generally two camps when it comes to Brawls — those who don’t care what the format is, and those who want “short” experiences. I’m in the latter group, because right now, a simple gold bonus and a portrait for playing three games doesn’t make up for the fact that some matches can last up to 45 minutes, and you don’t even get XP for them.

Right off the bat, it’s one of the easiest changes Blizzard could make. If Brawls earned players experience (which is used to level up heroes and unlock new skin tints, or even a new “Master” skin), a lot of the mode’s problems would melt away. A common occurrence for Heroes players is to grind three Brawls for the gold and then never play them again, leading to population issues later in the week.

But in some ways that’s just a band-aid, because Blizzard doesn’t really have a grasp on the Brawl idea in general. Take a look at the mode that’s live today, called “Heroes of the Stars.” Taking place on Braxis Holdout (a StarCraft map), players have access to a “Shuffle Pick” of heroes from the StarCraft universe (including non-SC characters with SC skins), and…that’s it. There’s no other modifiers, no “stronger Zerg hordes” for the map objective gimmick, no gimmicks of any kind in fact. This isn’t a Brawl, it’s just a regular round disguised as a Brawl (Quick Match).

One common response from the Brawl defense team is “if you don’t like any given Brawl, you don’t have to play it.” And that’s completely valid. Until some Brawls become so barren that AI is populating them because so many people “don’t like it” — like last week’s (which was also basically a full-length Quick Match with a minor gimmick) — then it’s a problem. Even something as simple as “the Zerg waves never stop/are unleashed every 30 seconds” would have turned this Brawl into something unforgettable.

It’s not like Brawls have always been terrible. In fact, most of them are pretty great. All of the tiny, intimate “arenas” (funnily enough, Brawls were originally billed as an “Arena mode”) have been big hits, as well as Blackheart’s Revenge, which took BlizzCon by storm and was active throughout the entire week. It offered up something the community had never seen before, and had that sweet spot of under 10 minute rounds. That’s what I want out of Brawls — quick slugfests that don’t in any way, shape or form feel like a regular mode without XP bonuses. I can play those all day even without shiny rewards.

Blizzard has a long history of sticking things out, so we might see a bunch more uninspired Brawls before they pull the plug. And since we don’t have access to cold hard numbers, we don’t know how many people are playing it (outside of the aforementioned outlier of unpopular Brawls filling in players with AI). But at some point something has to give — whether that involves a full-time ARAM mode with cycling maps (which would top League of Legends‘ one map) or granting players more rewards or XP, any change would be a positive one after this week’s new low.