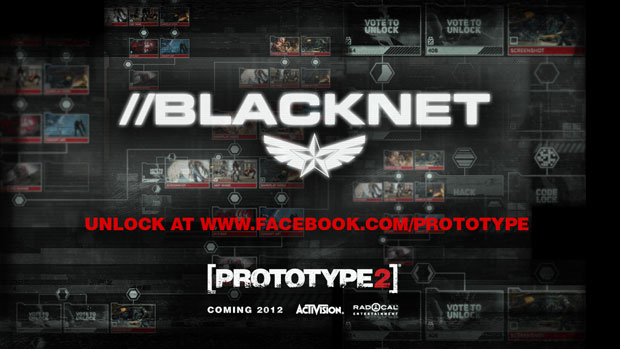 Radical Entertainment has launched //Blacknet for the social network, modeled after the in-game Prototype 2 interface which shares its name. Players will team up to “hack” into an encrypted network where they will uncover hidden content — wallpapers, gameplay videos, screenshots… the works.

They’re promising new content every week leading up to Prototype 2‘s 2012 launch, so that’s a whole hell of a lot of hacking. Get to it.