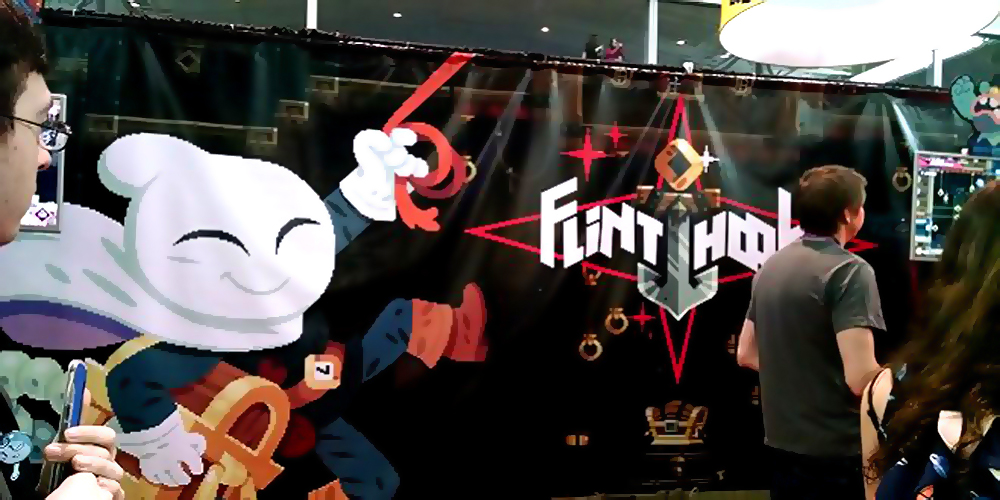 [Image by Alex Santa Maria, who wrote an excellent preview for Flinthook over at Techraptor.]

Tribute games has a reputation for taking maligned genres and dressing them up with characters who are too fun to ignore. Before Wizorb hit the market a few years back, the last block-breaking puzzle title to find mainstream success was probably Arkanoid, but thanks to Tribute’s vivid imagination and willingness to take a chance on the sub-genre, Wizorb and all of the studio’s games that followed managed to do well enough to keep the developer afloat.

With Flinthook, I feel that Tribute might be on the cusp of success like they’ve never seen before. Combining Bionic Commando‘s grappling mechanics, a mix of procedurally, generated maps and hand crafted level designs, and Zelda/Metroid style ability stacking almost seems too good to be true. While I worry that I may be making it sound too much like Rogue Legacy with a hookshot, I’m pretty darn confident that you guys will see that Flinthook is much more than that when you’re finally able to play it yourself.