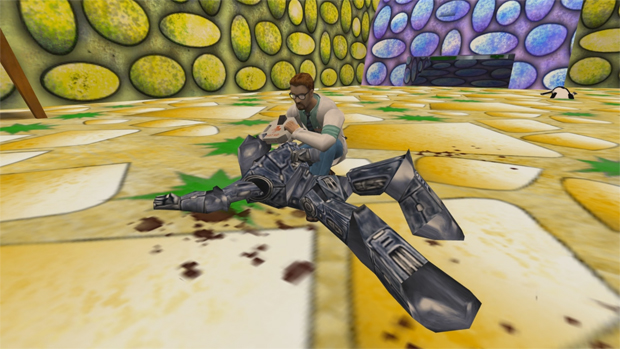 Sven Co-op was part of the holy grail of Half-Life mods. It was played as frequently as Counter-Strike or Team Fortress Classic by many people, myself included. It’s purely cooperative, hence the name, and had a constant stream of new maps and mechanics being devised by its community. Sometimes maps were RPGs, other times they were insane jump puzzles.

Well, after 17 years, it looks like it’s about to make its triumphant return. It will be a free title on Steam and will come with the original Half-Life campaign to play through with friends. Sounds like a hoot! No release date has been mentioned, but January 19 is the 17 year anniversary of the game and the devs mentioned on the forums that “here on the Sven Co-op team we will be celebrating that day!”

Wouldn’t surprise me at all if it launches in a week! Sven Co-op is one of my favorite mods of all time, and I am so ready to re-live those moments.