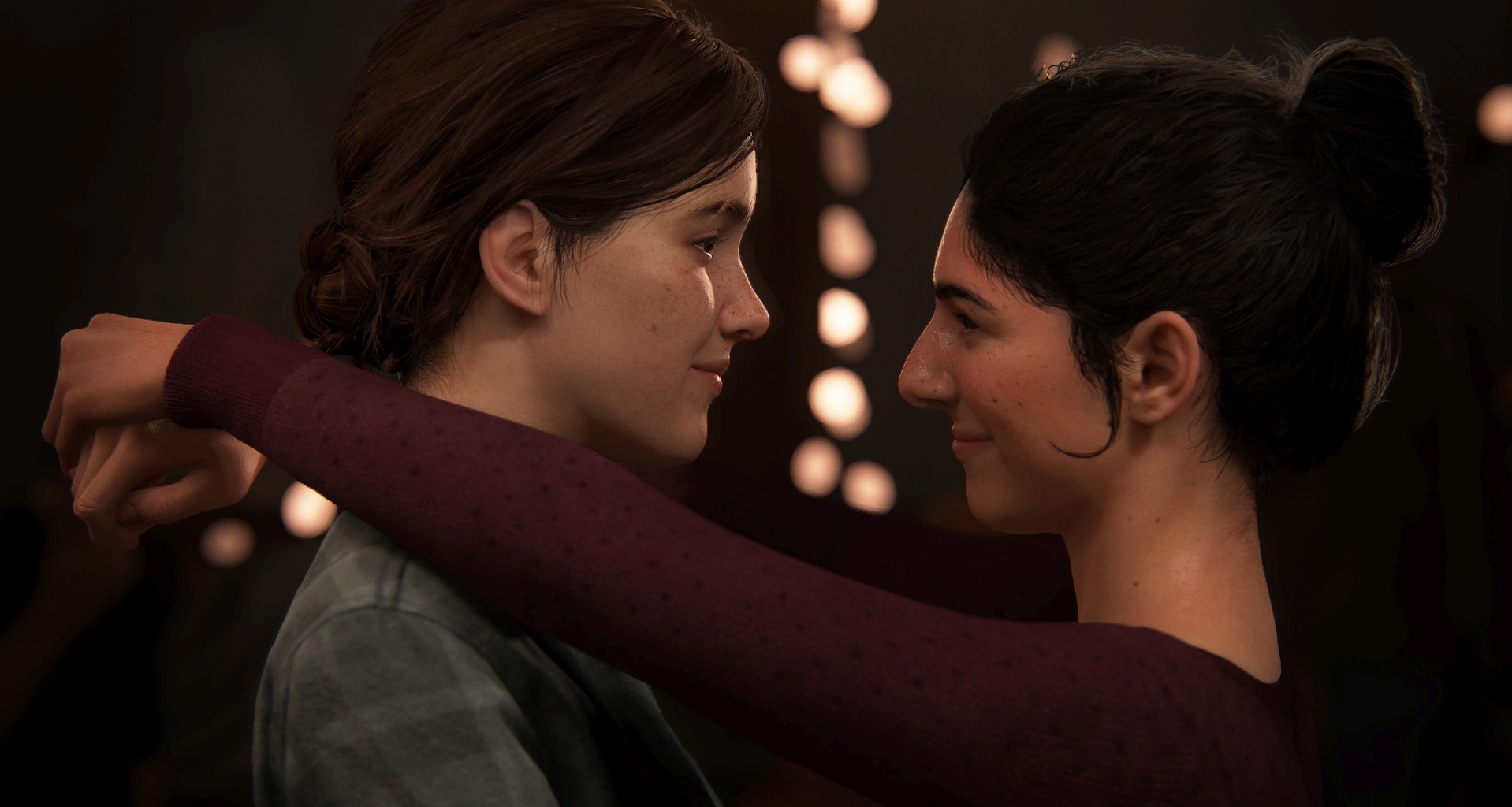 It’s jarring how The Last of Us Part II‘s E3 presentation starts. In a jubilant country western bar, everyone is laughing, drinking, and living in the moment. It’s warm, it’s communal. If Ellie weren’t the lead, you’d have no idea this scene shared any DNA with The Last of Us.

You had to really search hard to find any hope in The Last of Us. Joel and Ellie moved through new environments and past every conceivable danger, and that they weren’t already dead was about the most optimistic things ever got. More than anything else, The Last of Us felt like a story where disaster was positively inevitable. That the co-leads weren’t both dead before the end of the game was the sunniest possible outcome.

So when Ellie isn’t surrounded by disaster — when she’s finally allowed to let her guard down — it’s weirdly distressing. The scene smoothly transitions to her brutally slitting an enemy’s throat, and that’s where the comfort is. This is the Ellie she has become over the past five years. It’s out of necessity. If she weren’t such a survivalist, she would’ve been dead long ago.

But, finally, The Last of Us Part II shows us a glimmer of hope, even if it’s just a small snippet in an extended E3 trailer. It’s genuinely encouraging from a narrative perspective, no matter how much it unsettles Ellie.

Sony didn’t bring anything new for behind-closed-doors E3 appointments for The Last of Us Part II. It was just the press conference trailer again, in full, in a smaller and quieter room. That’s disappointing in a way. This would’ve been the perfect opportunity to build on the momentum of that strong trailer. Sony seems happy to slowly and methodically release looks at Part II. It can be frustrating. But, given the pedigree of the first game, we don’t have any real reason to doubt the follow-up. Trust the process, I guess.