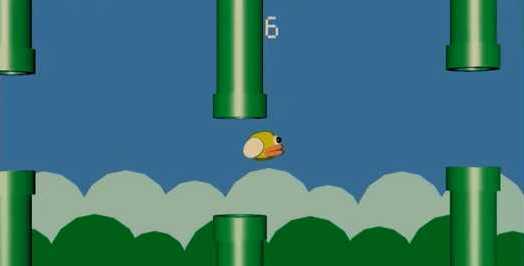 Depending on who you ask, Flappy Bird is either a sign of everything that’s wrong with the phone gaming, a strangely compelling piece of junk, the ultimate game development Cinderella story, or some combination of the three. Now that’s all a memory. The iOS hit was taken down by creator Dong Nguyen a few hours ago, presumably forever.

Thankfully, Joe Shanahan has remade the game.  It took him about an hour, using free game development tools Blender and Python. No word on if he’ll be releasing the game on iOS. I suppose that depends on how interested he is in becoming ridiculously rich. Better change the name though, maybe “Candy Bird” or “Angry Saga”.

Seriously. That would be one heck of a profit deal, regardless of potential lawsuits.