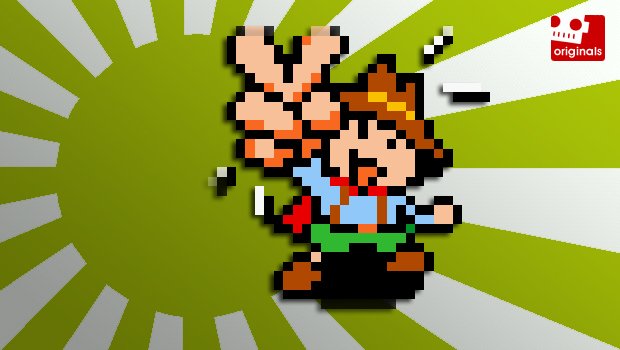 Give Link a gun, send him to the Wild West, sprinkle in Earthbound‘s wacky sensibilities, and you have Ganpuru: Gunman’s Proof. What this shameless A Link to the Past carbon copy lacks in polish it makes up for in its unique world and characters.

Considering this is a game made by an obscure developer that previously worked on learning and fishing games, and the fact that this is one of the last games released for the Super Famicom, it’s surprising it exists at all. It’s a miracle it even came out in Japan. Though, that’s not to say you shouldn’t seek it out. In fact, you really should. 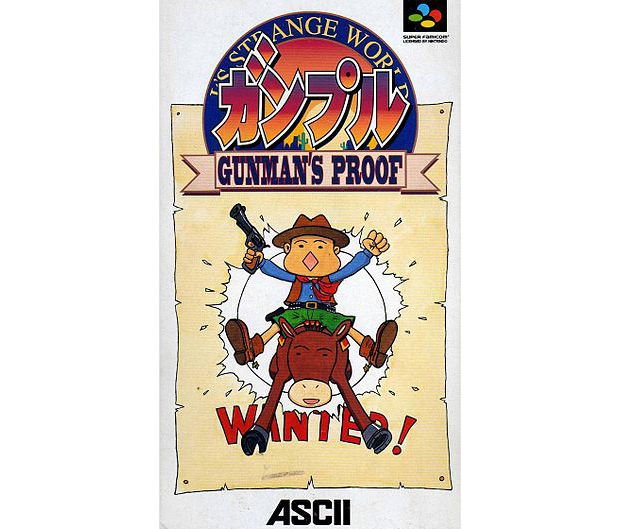 Fan translation: Yes
For fans of: The Legend of Zelda: A Link to the Past, Zombies Ate My Neighbors, The Binding of Issac

In Ganpuru, you play a poor, useless farm boy who is a disappointment to his father and is unnoticed by his hometown crush, the sheriff’s daughter. Ever since meteors crashed down on Strange Island (in the “American West”) in 1880, strange creatures have occupied the island. The inhabitants of Broncp Village know nothing about these strange foes that they call “Demiseed.” However, that soon changes when two alien UFOs crash near the village.

Zero, one of the aliens, requests to occupy the farm boy’s body. You oblige and thus are really playing as Zero throughout the game, but the player is the only one aware of this. This makes for some awkward encounters with townsfolk, but they quickly stop minding your strange, forgetful ways once you start clearing the Demiseed’s dungeons located throughout Strange Island.

With the help of a local gunsmith who is all too happy to arm an adolescent boy with guns that didn’t exist in the 19th century (for example, an Uzi and a bazooka), plus a mysterious merchant who offers key quest items, by your side, Zero is armed and ready for any alien foes that come his way. Despite the boy’s parents’ being hesitant to allow their son to step outside the village since he is a total wuss, the boy (with Zero in charge) starts taking on bounties through the local sheriff’s office. Soon enough, he is the town hero and the sheriff’s daughter is all over him like a cheesy ’80s adventure film.

The gameplay is best described as a combination of A Link to the Past and Zombies Ate My Neighbors. It falls short in its execution on both ends, but it’s such a great pairing that you won’t often mind. Like a traditional 2D Zelda, you clear out dungeons and gain items that will help you unlock the next location. However, there isn’t much to do in the game’s overworld. You can search for extra life points and bombs, but that’s about it. No clever mini-games, no Easter eggs, and no hidden dungeons.

Ganpuru‘s greatest shortcoming is the dungeons. Zelda dungeons are a pleasure to explore due to the combination of atmosphere, clever puzzles, and the introduction of new enemy types. In contrast, Ganpuru lacks all these things. There aren’t even puzzles, unless you count the confusing maze-like layout of some dungeons. Other dungeons give you a direct path to the boss, making it easy to ignore all the weapon upgrades, hearts, and bombs hidden in treasure boxes. You can also collect four hidden pieces of treasure in order to get a better score — every dungeon ends by giving you a score card and letter grade.

The bosses in each dungeon are pretty elementary stuff. They don’t even have weak points! You just shoot, throw bombs, and pray you survive. The hit box for Zero is too big for the bosses’ bullet patterns, which makes for some frustrating encounters. This isn’t Smash TV or even The Binding of Issac, for that matter. Instead, you’ll need to explore the world and use bombs and extra lives to your advantage. If you have extra lives in your inventory, you’ll come back to life with full health on the spot. If you acquire enough of them, you’ll be able to make your way through the game without a problem. It also helps that the final boss has a safe zone you can shoot from without receiving damage.

Ganpuru may not hold up when compared side by side to A Link to the Past, but it still looks pretty great, as it should, considering it was released late into the SNES’ life cycle. The game often borders on copyright infringement, as some assets and the world map look nearly identical to Link’s SNES outing. The characters, however, have their own look, especially the main protagonist. His pointless inchworm crawl is hilarious, as are his other animations.

Despite having a map that suggests a similar scale to ALttP, Ganpuru‘s world is fairly small. Hop one screen over in the overworld, and you’ll see your avatar move a great deal on the map. Making it from one side of the world to the other doesn’t take much time at all, although you will have to acquire certain abilities and items you won’t find until later in the game to do it. Ganpuru‘s overworld feels like window dressing, as the game could have worked just as well without it. However, it adds to the charm and creates the illusion of adventure even if it isn’t a very grand one.

While the game imitates A Link to the Past to a great degree, it’s the whimsy and charm of Earthbound that shines the brightest in this adventure. Ganpuru presents a weird world where kung fu monks, cowboys, and space aliens live in unison. Its shooting and other mechanics aren’t particularly deep, but it’s a very warm and inviting game that you’ll enjoy spending time with if you are a fan of action-RPGs. The music, visuals, and story will keep you invested during this brief faux-Western, 16-bit adventure.﻿

Now that you know that a Western-style Zelda-like exists, what other setting would you like to see an action-RPG explore?

What is your favorite Zelda-like game? (Why do I feel we have covered this before …)

Since I’m too lazy to research, tell me what notable SNES games came out after this one (if any).

[Even knowing the futility of their plight, they still face the gate, ready to give their lives.]