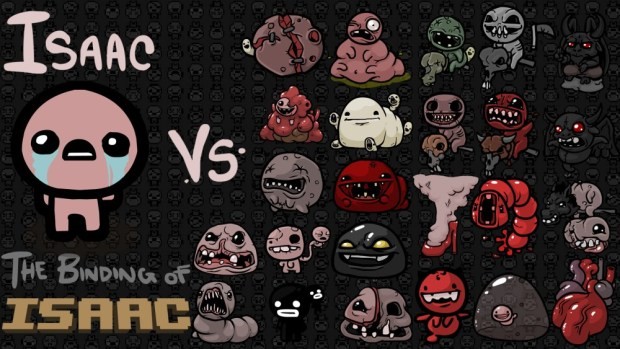 ‘Something I was so sure people wouldn’t like at all’

It seems like only yesterday that I was engaging in a humble email interview series with Edmund McMillen about his new project. It was about a baby in a basement. Two years later and millions have purchased the game. Even more have enjoyed it through live streams and Lets Plays. Edmund let me use an image of Isaac in an episode of Teenage Pokemon, and I was shocked to see how many of the comments on YouTube screamed “Pewdiepie poster!” For reasons beyond our full understanding, Isaac has resonated with people on a level that his creators never could have imagined.

The game just turned two, and to celebrate, Edmund and Florian have put it on sale for 80% off on Steam. On top of that, award-winning documentary film makers James Swirsky and Lisanne Pajot have released thirty minutes of Isaac-focused content from Indie Game: The Movie Special Edition on YouTube.

With the game headed to PS4, PS Vita, and Steam in an all-new Rebirth edition early next year, the story of Isaac appears far from over.