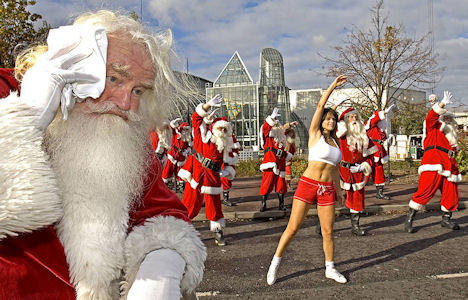 With the recession biting deep, it looks like Christmas might be bleak for quite a few people. Fortunately for Sony, the PlayStation 3 is apparently doing quite well for itself, leading Sony to declare its own bullishness for the holiday season.

When asked by MTV if he felt the PS3 was “recession-proof,” Sony’s hardware marketer John Koller had this to say:

“Good question, given the reality of how things are from a macro perspective. First off, I want to say that we’re very bullish on sales for this holiday season and beyond. In fact, we’re very excited about the numbers we’ve been seeing coming in. There’s a lot of talk about whether gaming is recession proof. I’m not sure I can answer that. I can say the PS3 is selling extremely well. Maybe those rumors about people forgoing vacations for gaming might be coming true a little bit here.”

Has the dire financial climate changed your gaming at all? Does your budget still allow for the same buying habits, or are you resisting a few more titles this Christmas?