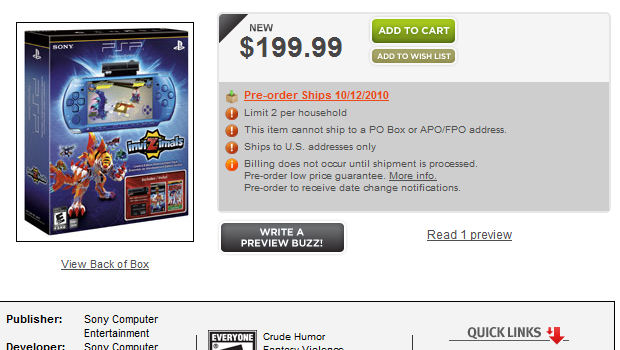 In case you’ve forgotten (and we can’t blame you), Invizimals is an interesting looking “augmented reality” game in which the camera is used to make magical creatures appear in your very living room. It looks like it might be quite cool. If you own a PSPgo though, you can’t play it, as the camera is only designed for the older, better PSP models.

The package costs $199.99, which really isn’t very bad. Might be worth picking up if you’re interested in this game.