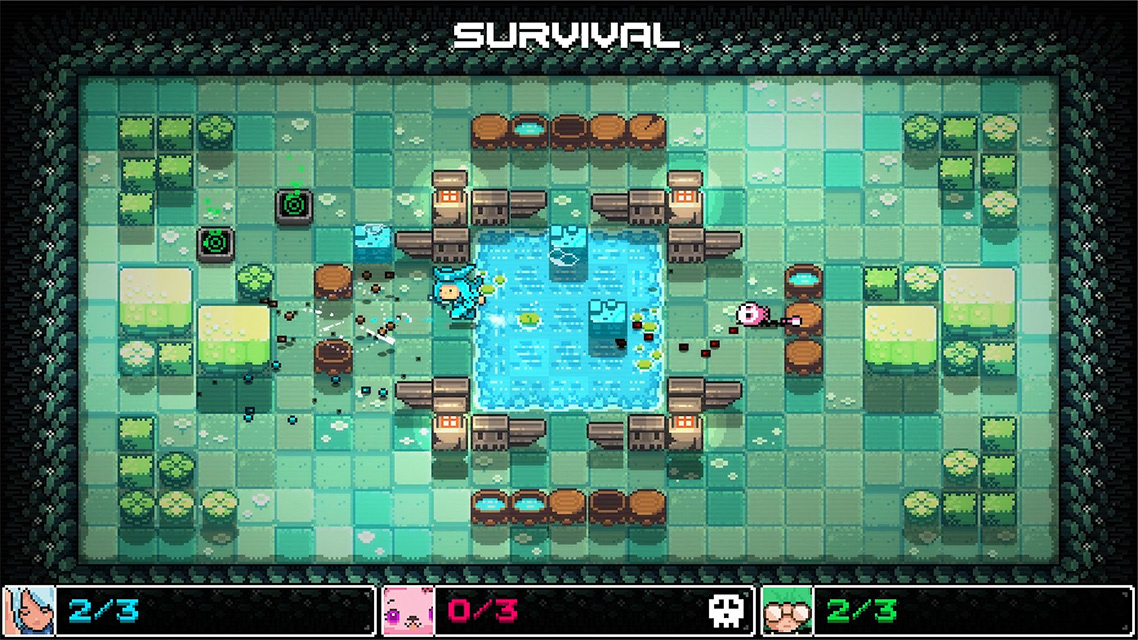 Players are (mostly) invisible, for one

Earlier, Darren described Invisigun Heroes as being “like Bomberman but everybody is invisible.”

That should have been reason enough for me to investigate. It has a nice aesthetic. It looks well-designed. Plus, those old Bomberman titles are household favorites! But I struggle to wrap my head around competitive games that play with invisibility (Screencheat is another example).

Hours later, Steven chimed in to say that the Kickstarter pitch video employs a puppet. Okay. You got me. I’ll tell the good people of Destructoid dot com about this video game.

Actually, the more I watch this gif, the more confidence I have that I could reasonably play this without looking like a total fool. Give it at least a few loops. The fact that players are set on a grid helps a lot. It’s chaotic, at a glance, but probably doable with practice. On that note:

“Vigilance is key as environmental tells such as footprints and other disturbances will point out careless cadets. Using special abilities and firing your Invisigun will also momentarily give you away. Along with items and powerups, these mechanics reward stealth, trickery, reflex, forethought, deception, bluffing, and awareness.”

The game is looking for $32,000 on Kickstarter, and it should get there. The first year and a half of production was self-funded by designer Shadi Muklashy, who previously worked as lead user interface and sound designer at Adhesive Games (Hawken).

With funding, he’s targeting a release later this year.