I had a chance to speak with The Behomoth’s project manager, Emil Ayoubkahn, to find out what took the game so long; where the hell Castle Crashers is (he doesn’t tell me); and what it’s going to take to get the Dtoid robot in a video game.

Full interview after the jump. 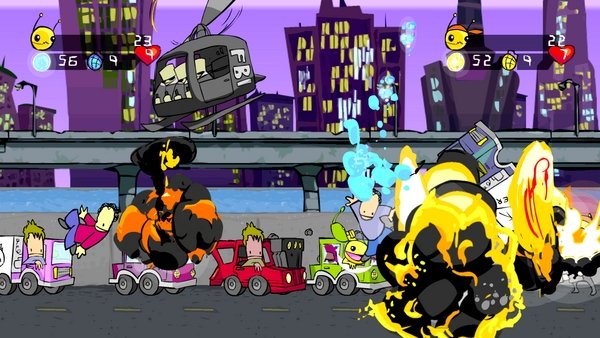 Alien Hominid is finally coming to XBLA, after what seems like a lifetime to many. What was the hold up there?
The certification process for the XBLA platform is an extensive one to say the least. We wanted to make sure we put out a quality game that wasn’t just a sloppy port. It was a great experience to work with the Microsoft team and with all that we’ve learned it will help us get through Castle Crashers even quicker!

Alien Hominid actually began life as a game that was digitally distributed via the web. Three console releases later, you’re taking the digital distribution route again with Alien Hominid HD. Do you find your projects lend themselves better to these types of services and do you think that’s the route you’ll go with future titles?
Now that the Alien Hominid prototype has been downloaded over 15 million times on Newgrounds.com and has garnered over 10,000 written reviews, we definitely prefer the digitally-distributed route over any other method. It was certainly fine to see our game on the store shelves for the original launch, however we feel that the future lies in digitally distributed media, and it gives us the opportunity to publish our own titles, something we never had the chance to do before.

As for future titles, why not! It certainly beats the crushing blow of seeing your game in the used bargain bin at specialty retailers.

So let’s pretend I already own three copies of Alien Hominid — one each on the Xbox, PS2 and GameCube. Why should Alien Hominid HD get my blood pumping?
The number one reason that someone who owns all of the previous versions of the game would be due to the fact that this latest installment is how we always intended the game to look and feel. To start off, we didn’t just name the game Alien Hominid HD because it was a cheap marketing ploy, the game runs at 1080i in widescreen and uses more high-resolution textures than any other Live Arcade game out there.  Since you’ve got an HD television in your house, all of this technical jargon boils down to the fact that when you look at this game your eyes will freak out and you will fall in love with Alien Hominid all over again.

Graphics aside, the Achievement system adds a whole new level of challenge to the main game and will keep the users challenged for quite a long time. One of our most popular mini-games that we’ve included in past versions is PDA Games, we’ve taken this mini-game and made it a 4-player online madhouse.

Finally, the Leaderboard system that has been in place at Microsoft has been a great tool for keeping the competitiveness alive, but we always thought that all of the hard work that goes into staying on top of a leaderboard deserves something more; that’s where our Behemoth Trophies come into play. We are now offering an actual physical trophy for those individuals who can scale the heights of our leaderboards. In addition to actually being number 1 on our leaderboards, you now will receive an award for doing so.

It’s these types of things that we think make this version of Alien Hominid HD one of the most exciting and fun games available for the XBLA system (but I guess we’re a little biased on that) So go re-sell all your other versions of Alien Hominid and buy yourself a Microsoft Points card! 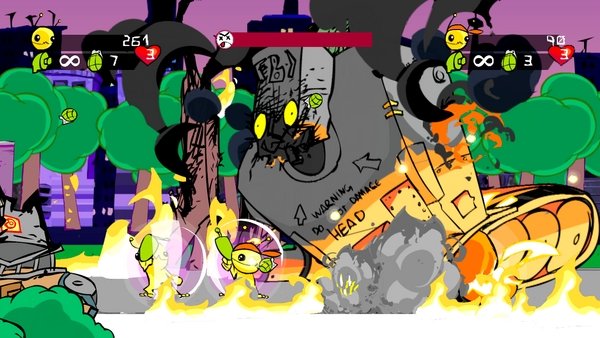 At the mere mention of Castle Crashers, our readers go absolutely nuts. What’s the status of that project and how many 25-year-old arcade games do we have to play before it hits XBLA?
Status of the project is uhmm.. well it’s still in development 🙂 That’s about all we can say for now. In the meantime we are currently headed to San Francisco to show the latest version of Castle Crashers at the Independent Games Festival where we are up for the Audience Award and  Excellence in Visual Arts.  (Now for a shameless plug) Head on over to Gamespot and cast your vote today. The more votes we get the faster we work and the sooner game will come out. 🙂

In all seriousness, we have been playing games like Gears of War, Small Arms, and we try to make time for some Starcraft whenever we get the chance.

What’s it going to take to get the Destructoid Robot into an upcoming The Behemoth title? He’d fit right in and he’s house broken.
Maybe some drinks and an envelope filled with large bills. Just kidding. We’d have to ask Tom and Dan what they think about that … so we’ll get back to you on that!
I think we can do the drinks, but I’m not sure if we can afford envelopes to put bills in. Thanks for letting us eat up some of your time.
It was fun to do and thanks for opportunity.