Earlier this week, I previewed a PC build of Max & the Magic Marker. It’s a creative platformer that puts construction in users’ hands. If little Max can’t reach a ledge or leap across a gap, players can create makeshift platforms to do so. It’s a frustrated Mario or Mega Man player’s dream.

During the writing process I spoke to game director and lead programmer Mikkel Thorsted via e-mail. His commentary proved priceless. He told me about the design process, how the team views the integral mechanics of the game, and revealed other little bits of insight about the game.

In the interest of your time and the article, I made decisions on what comments I should run with the preview. But I do so knowing that I would share the rest of what he had to say the following day. Venture below the fold to read the full interview. 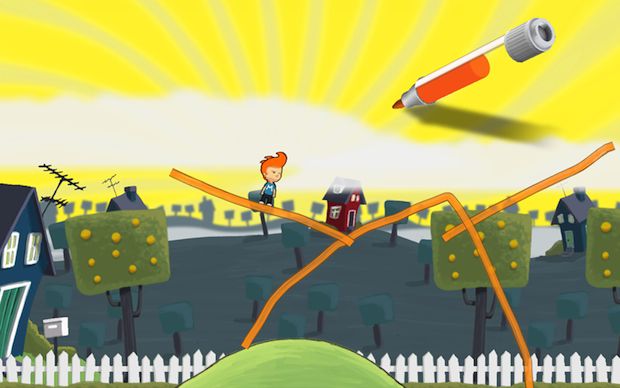 Who is Max? Where did you get the idea for him?

“Max is a small boy but also a symbol of the inner child inside us all. Max is the incarnation of the childish and unspoiled imagination.

“The idea of him was conceived along with the game concept. We were very keen on creating a character that could fit our main vision for the game: to celebrate imagination and creativity.”

What about the magic marker?

“The magic marker is the one thing that makes Max & the Magic Marker a unique game. On one hand, the marker gives the player a very good idea about the creative nature of the game. On the other hand, I suspect some people may think that the game is only about drawing, which is really not true at all.

“The game is still very much a (platformer). Gameplay-wise the magic marker has turned out to be our tool to break the otherwise ‘deterministic’ nature of platformers and allow for open ended gameplay.”

When did you get the idea for the game? When did you start working on it and for what platform?

“The idea was conceived almost exactly two years ago. The concept was developed over a couple of months.

“First, it was just a sandbox – a drawing prototype made in flash, which proved that having a totally free “non-shape recognition based” drawing mechanic was a lot of fun. Later on, this mechanic was fused with a physics-based platformer, which was something we had been wanting to do for a long time at that point.

“As soon as this fusion was made Max sort of out fell from the sky. A couple of weeks later we had a prototype of the game in flash (I hope that I get an opportunity to show it at some point). We were very excited about our prototype and realized that this game had a bigger potential. So, armed with the prototype, we applied for funding from all over Europe and we ended getting enough money to develop a demo of the game.

“Regarding platforms it was clear to us already at the prototype state that this game would not only work on pc, but be perfect for Wii using the pointer and analog stick (Wii remote & Nunchuck). “ 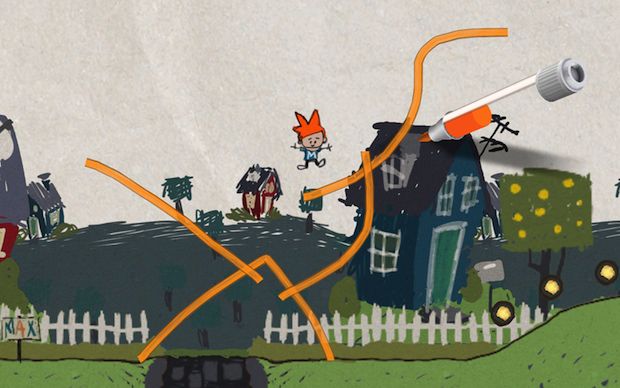 Why release on Wiiware?

“As startup game developer [sic] developing games for consoles services like Wiiware seems to be our only option really. I mean it does not take much research to find that publishers almost never go with untested developers.

“So, it is not because we did not believe in Max as a retail title but more that WiiWare seemed to be a realizable goal. I am also glad that WiiWare meanwhile has turned out to be the nesting ground for a lot of creative new titles and I hope that Max will land well amongst these.”

I’m in love with the ambient art and color (in the imagination); both work together well to reinforce the idea that the game is based in a boy’s imagination and furthermore that he’s a creative child. Did you finding yourself studying children’s’ scribbles? What did you and your team have to do in order to nail the style?

“On a few occasions we had a class of second graders come to the office and sit around and make drawings for us based on very basic topics like “robots” and “pirates”. These sessions were fantastic for getting into the mind of the untamed imagination of children, and also served to help define the (style).

“The art style has developed through countless iterations. We have tried more or less everything we thought possible and been down many dead ends before ending up with how it looks now. Lasse Outzen is the lead artist and has been leading this battle and I really feel he came up with a style that serves the gameplay perfectly and that is both childish but still appeals broadly. “

“Inside/outside imagination is very important for the game universe as it is meant to replicate what you actually do when you draw; i.e when a child draws a robot and then looks at it is not a drawing of a stale robot anymore, it is alive and shooting out lasers and what have you!

“So, inside/outside imagination has always been a part of the game.”

“In our initial prototype we played a lot with the feature and found that it allowed for cool things like jumping with Max, freezing and then building a box underneath him — done repeatedly and Max will end balancing on top a stack of boxes. It also gives the player the ability to build rather complex constructions in frozen time and then step back into the game/imagination and see how it affects the world.

“Another very important thing about the feature is (that) it gives the player time to think in otherwise hectic situations. An example of this is in one of the robot levels: There is a very fast moving piston that is trying to squeeze Max, here you have to freeze time / step out of imagination, then jam the piston with a drawing of a stick, unfreeze get Max next to the stick, freeze, delete the stick, draw another one on the other side of max and voila Max has passed an otherwise impossible puzzle. The stepping out imagination is both extremely important gameplay-wise but also artistically.” 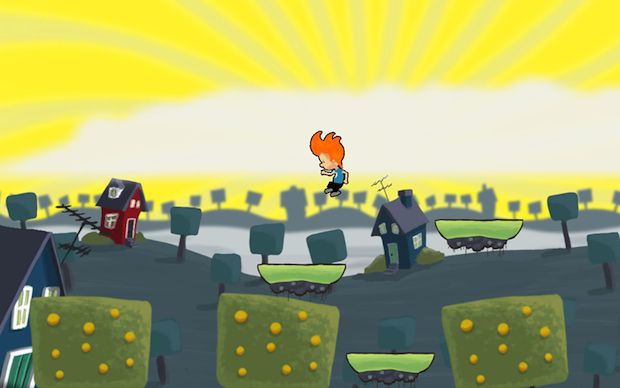 Physics: Max & the Magic Marker uses them heavily. How important is it that players understand how the game’s objects can interact with each other?

“It is very important and we have put focus on slowly introducing the most important things the player has to understand. But actually the concept is simple; physics applies to everything and objects are designed to be accountable in the sense that a rock is heavy and a balloon is light.“

I find myself only drawing ladders and makeshift bridges. Will players be using anything else to traverse the game’s 15 levels?

“There is a lot of drawing ladders and bridges, but as the levels progress the player is challenged to draw more complex things, for example you need to make constructions that can hold down a button placed in the ceiling of a corridor or various shapes that can protect Max from falling rocks, rain etc.

“It has also been important for us that the game is not about drawing pretty things, but about creative puzzle-solving and fun platforming. It is not necessary at any point to draw something that looks like a house, a castle or a huge monster, but is both fun and possible.“

The first time Max grabbed a ledge, I was surprised: I assumed that Max would be in dire need of his magic marker. You could say that I didn’t expect Max to be as capable of traversal as he is. Two questions stem from this thought: (1) was the goal always to create a solid platformer where the marker was only a tool and (2) where did Max get his “ups?” I need to have what he is having.

“Yes, we have focused a lot on making the platforming part of the game solid enough to make the pure platforming parts as fun possible. Also Max is controlling his own super ego — it would be strange if he was incapable of hanging and jumping etc.

“More than anything we wanted to avoid making a game that was too static. We looked a lot at Crayon Physics and decided that even though it and Max shares the drawing feature we wanted to take the concept in a completely other direction. Max is the star of the game, the marker is “only” a sidekick. The real magic of Max & the Magic Marker is created when Max interacts with the drawings.” 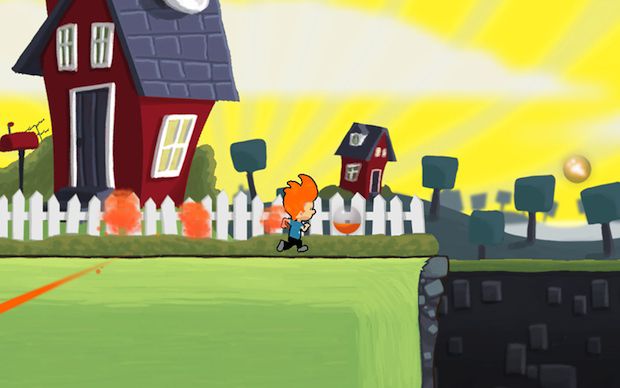 What do you want people to get from this game? How do you want them to feel as they play?

“We want the players to experiment, have fun and of course to be creative!”

I’ve been playing the game with a mouse and keyboard. How will the Wii remote controls work?

“Max is controlled with the Nunchuck while drawing is done with the Wii remote. A lot of development time has been spent fine-tuning the drawing feature.”

And finally, when should we expect to see the game on WiiWare? Any other systems?

“Hopefully in a month or two it will be in everywhere in western hemisphere but we do not have the precise release date yet. We cannot say anything certain about other platforms yet but it is very possible that we will look into other platforms.”

Destructoid would like to thank Mikkel Thorsted for his time yet again. If you’re interested in Press Play ApS, visit their official Web site here. If you’re curious about the game, check out our preview here and follow the game’s development blog over here.