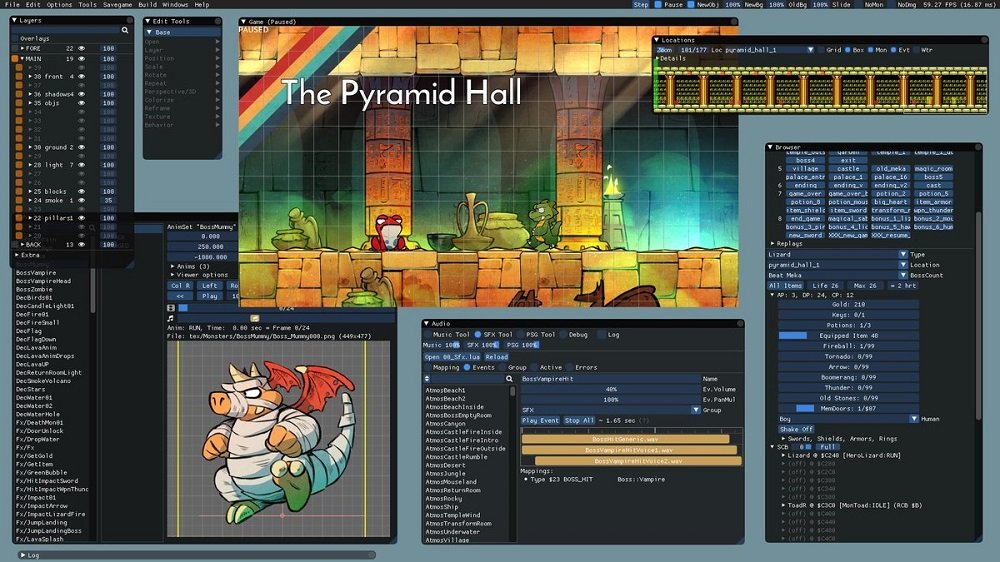 Make your own Mouse-Man adventures

Developers Lizardcube have released and internal edit/debug mode for the PC release of 8-bit re-release Wonder Boy: The Dragon’s Trap. Tinkerers and modders are now able to poke around at the game’s internal components for fun ‘n’ games.

The Edit mode is very easy to access, as Lizardcube announced today on Twitter. Within the game’s Windows folder, you will find the “Settings.cfg” file. Simply change “Editor = false” to “Editor = true” and save. Once you boot the game, hit the “F” key to open up a whole world of adventure and baffling code.

Wonder Boy: The Dragon’s Trap is one of my absolute favourite releases of the year, I’m looking forward to see what comes of people’s in-game fiddling. In related news, the Switch release of the game has sold over 100,000 units, more copies than the other platforms combined.

FYI hackers, tinkerers: all our internal edit/debug tools are available in the Steam/GOG build of WONDER BOY: THE DRAGON’S TRAP. Edit the Settings.cfg file, find the line with “Editor=false” and change it to “true”, then press F in-game to access tools. https://t.co/Z5ljTRpEqD pic.twitter.com/KLDUBkgG16