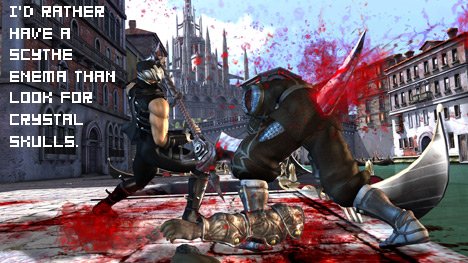 Look at the back of any videogame packaging, and you’ll likely see some marketing jargon about the length of the game or its replayability. Movies genearlly feature a run time hovering between two and three hours, and you’ll never see a book tout how long it is. For better or worse, videogames are a commodity, a medium from which we expect a certain amount of entertainment as a function of price. If consumers don’t get a certain number of hours out of their dollars, the game in question is less likely to sell well.

The bigger X is, the happier consumers, publishers, and PR firms tend to be. Some reviewers even go as far as to critique a game’s potential for replayability (rather than focus on, y’know, the game itself), firmly cementing games into the aforementioned equation. Unfortunately, it’s hurting game design.

In a mad scramble to artificially inflate “replayability,” developers have been shoving unlockable content, Achievements, and a slew of collection-centered elements into their games. It’s too bad that most of these attempts are uninspired, lazy, or both.

Current models for replayability are terrible

Game developers expect us to play through their 20-hour game several times, completing arbitrary and tedious assignments. In an industry where “longer” equals “more marketable,” it’s understandable that developers would try to find ways to extend the experience, usually under the guise of “replayability.” Unfortunately, most of their efforts tend to fall flat. (Hey there, Devil May Cry 4.)

Given the amounts of time, money, and creative effort that go into creating big-budget games, it’s incredible that we’re still collecting random pieces of trash under the guise of replayability. Frankly, I expect some more compelling reasons to spend my time and money. 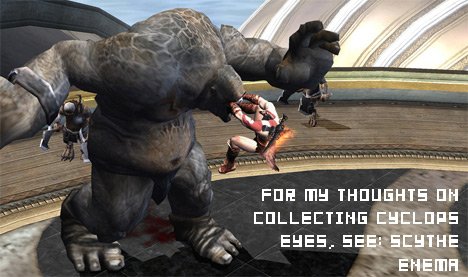 It wasn’t built in a day, but it was built on choice

If developers really want us playing their games as much as possible, they should give us the tools to pick and choose how, when, and why we (re)experience their games. It seems overly simplistic, but I am convinced that level select options are the most compelling reason to replay (certain parts of) a game.

Level select options essentially allow us to experience games any way we want, a concept that, to me, seems absolutely critical to video games as a medium. As interactive media, it only seems natural that developers would want to allow us to play — and replay — games in as many different ways as possible.

Multiplayer matches allow for a high level of customization — you pick the map, the weapons, the characters, and the people you play with. Source Engine mods adhere to this philosophy par excellence. Customization and control of the user experience are wildly popular, and have been for a long time — robust character creation tools and level building can tack hours onto running times.

Even RPGs, with their archaic tropes, allow for incredible levels of customization. To boot, there comes a point in every RPG at which the player receives an airship and is allowed to explore any part of the overworld he or she wishes.

Let’s face it: the games industry was built on giving people as many choices, as many options, and as much customization as possible. Furthermore, this freedom encourages and invites replayability, and level select options fall into the same category. However, they also encourage and highlight good game design. 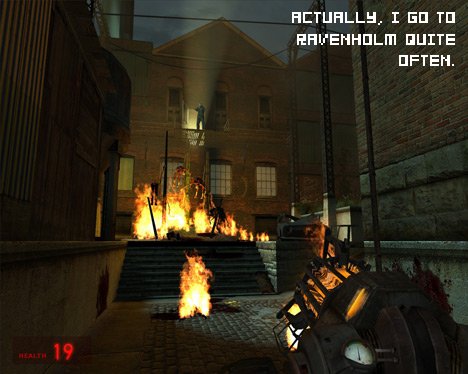 I’ll probably never play through Half-Life 2 in its entirety ever again. No offense to the team at Valve, but I have other games to play. I will, however, play certain sections over and over and over until my eyes fall out of my head into a bloody pulp at my feet. The air boat sections of Half-Life 2 might be the most fun vehicular section ever stuck into a videogame; the Ravenholm level was inspired; using the antlion pods to disembowel Combine troopers in Nova Prospekt is incredibly satisfying — you see where I’m going with this.

Whether these diverse and satisfying setpieces are worth the six, ten, twelve hours it takes to reach them in a normal playthrough is debatable. Thankfully, Valve has rendered the point moot, since they (rightfully) gave their customers a chance to access any part of the game they wanted. Ultimately, I’ll spend more hours replaying certain levels, using Valve’s handy-dandy level select options, than I would have playing the entire campaign a second time. According to my little equation earlier, that means that the X for Half-Life 2 is pretty big.

Valve’s level select function shifts the focus of the game from an entire campaign to individual chunks, forcing them to make good design choices at each level, instead of hiding them inside a long campaign. There’s a lot to love about Half-Life 2 — it’s an example of brilliant pacing and first-person narrative — but its greatest strength lies in its setpieces, and Valve wisely highlighted those with a simple level select option.

Speaking on the importance of freedom, vis-à-vis replayability, it’d be impossible not to mention Capcom, arguable pioneers of letting gamers sculpt their own experiences. I could discuss Bionic Commando and Ghouls ‘n Ghosts — they’re both fine examples of what I want to talk about — but I’m more familiar with Mega Man, which features tons of brilliant design concepts in its own right.

With Mega Man, Capcom took the level select feature and built one of the most successful and iconic franchises in gaming history around it. Mega Man allows the player to play any level they want, in any order, at any time. Each boss of each level gives the Blue Bomber new and interesting powers that can be used in all subsequent levels.

Playing the game in a different order each time gives Mega Man enough replayability to make any marketing firm’s mouth water — a quick permutation shows that there are over 40,000 ways to play through a Mega Man campaign. Furthermore, replaying old levels with new abilities unlocks entirely different gameplay experiences, with hidden power-ups and areas only available with certain abilities from other stages. If I may speak personally, I think Mega Man X absolutely nailed this type of level design, and it’s no surprise that it’s my favorite of the series.

Keiji Inafune didn’t rely on collection quests, or achievements, or unlockable content to extend Mega Man‘s shelf life — he actually built replayability into the franchise, by nature of its design. Inafune gave us the incentive (brilliant level design) and the tools (level select option) to play Mega Man any number of ways, any number of times. That’s certainly commendable, and I wish more developers would take a page out of his book. 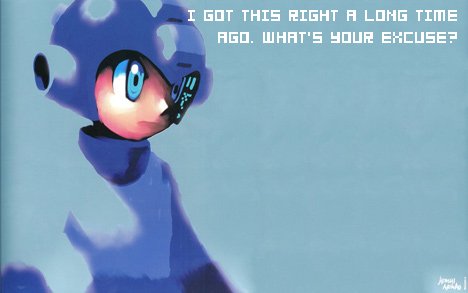 Earlier, I was harping on uninspired and insipid pleas to get us to replay popular titles — unlockable content, tedious Achievements, collecting inane items. While these are lazy ways to go about it, I have to admit that there is something inherently satisfying about collecting all of something. That is, if the developers give us the opportunity to do it.

A robust level select option can actually cover up bad design choices. I’d much rather collect 40 Golden Pig Snouts or kill 100 Plutonian Hyper-Balrogs if I had the option of just playing through levels with the appropriate Snouts and Balrogs, instead of the entire 20-hour campaign. It seems like a relatively straightforward process, and I can’t imagine why level select functionality isn’t incorporated into more games — it can only benefit the Ninja Gaidens and God of Wars of the gaming world.

Here’s the bottom line: give me something fun to play and the tools to play it how and when I want, and you can bet I’ll pump some hours into it. If not, I’ll play through the campaign once and then move on.

While on the subject of level select options, it seems impossible that I avoid talking about Alone in the Dark. In fact, I tried to avoid it in a previous draft (since it doesn’t necessarily fit into my model very well), but I was called out.

I should reiterate that the focus of this article is to point out why I feel that level select options supply better and more interesting replay value vis-à-vis other models. Alone in the Dark, however, (infamously) gives players the ability to skip any section of the game they want, even during the first playthrough. For better or worse, Alone takes level-select out of replayability and into its core design.

Critics of the system say that it disrupts any pacing the game might have and disconnects the player and the narrative. To a large degree, I agree with them. Videogames’ first responsibility is to create cohesive and compelling experiences, and I don’t think that Alone‘s level-select options work to that end.

Nevertheless, it is an interesting design choice and ambitious effort, and I certainly can’t rule out the idea that a game can be simultaneously disjointed and cohesive. The idea is interesting in the abstract, and I’d love to see a game in which the overall themes and narrative can be structured in such a way that Alone‘s “chapter” system could be incorporated.]