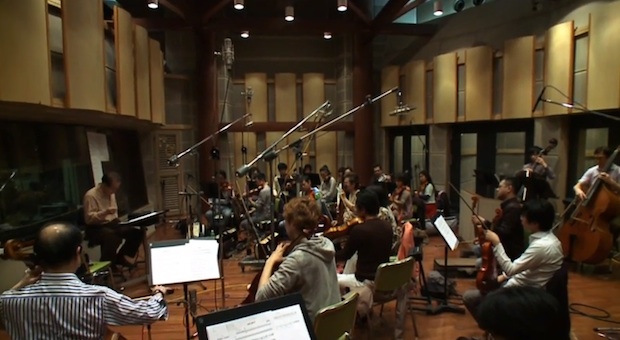 Upcoming PS3 title rain is beautiful in many ways, but the subtle, emotional soundtrack I heard in a recent preview gave me goosebumps. A new developer diary shows how much work went into the game’s music.

Composer Yugo Kanno talks about how he worked to keep it musically serene, avoiding any dynamic changes. It’s an interesting approach that really works for what they game is trying to do emotionally. He also talks about how his work began from seeing watercolor concept art — seeing the inspiration is always neat.

And then, a treat. You’ll see the recording orchestra working to gameplay footage. Lovely stuff.

Now, if you want to get some of the goosebumps I mentioned earlier, stick around for the video’s showing some of the work British vocalist Connie Talbot put in. It’s original work that is seamlessly mixed with a classic. Jump to 4:45 if you’re impatient, but do not miss this.

As a musician, there’s no way I could miss rain.

If you feel the same, Sony has just announced that rain will hit PSN on October 1, priced at $14.99. You can pre-order now (up until Sept. 30) and get a bonus theme, some avatars, a musical montage, and more. These bonuses are available immediately after pre-ordering.