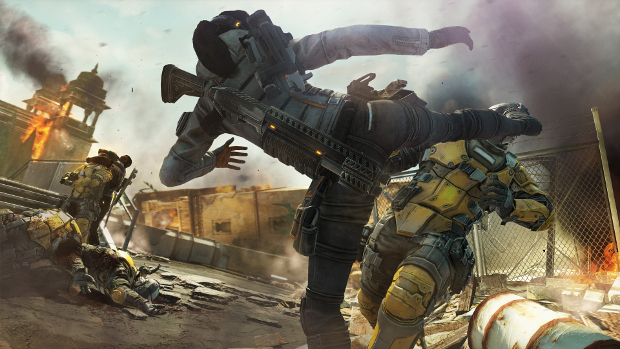 I’m not really sure what to think about Fuse. I was all about the game once I heard that it was a third-person shooter coming from Insomniac. Then they decided the game needed a more serious tone, but they were also going to keep the ridiculous weapons in the game. It sounded to me like a weird mix of Resistance and Ratchet & Clank. Looks like that’s essentially what we’re going to be getting, but after careful consideration I don’t think that’s a bad thing.

Insomniac released a new trailer today along with some screenshots. The latter of the two really don’t do the title a whole lot of justice, but the trailer gives a better peek at what Fuse is all about. Yeah, it’s looking like it’ll be a serious, testosterone-filled game, but it appears it’ll also have some moments that lighten up the mood with a little bit of humor. That, the crazy weapons, and the huge environments have me looking forward to checking this one out early next year.