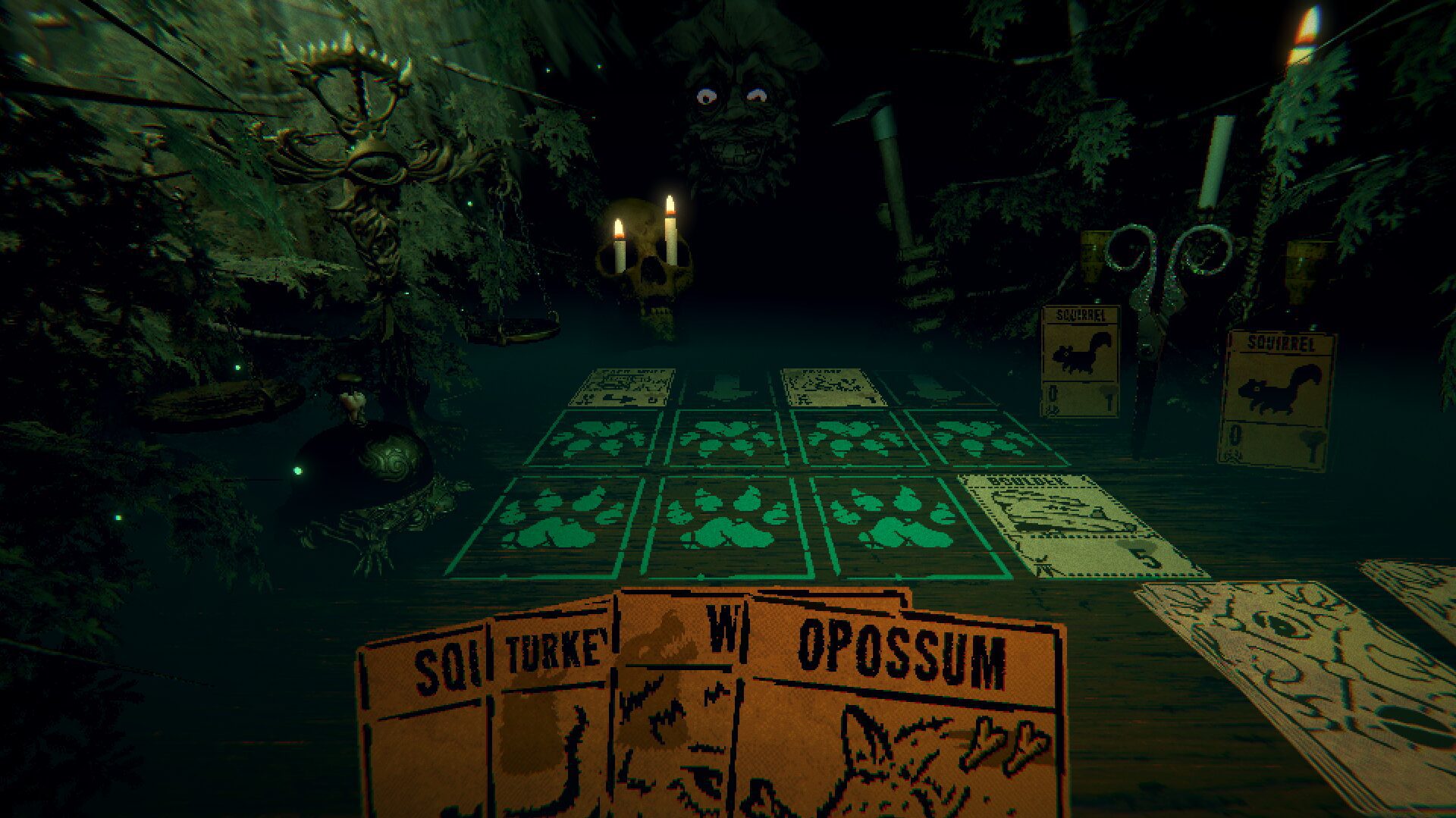 You’re alone, in a dark room. A voice from the other side of the table is unfurling a map. You’re going to play a game, with him as the guide, playing NPC and game master alike as you build up a deck of tiny woodland critters just trying to make it through the forest. This is Inscryption.

Candles flicker and antique décor lines the walls as the game carries on. Damage dealt is weighed on an ominous scale. And soon, you’re pulling literal teeth to tip the balance of that scale, as the cards begin to speak to you. There are these and many more oddities to uncover in Inscryption, the newest game from Daniel Mullins Games, is set to make players squirm when it launches on October 19.

We got a chance to go hands-on with Inscryption‘s demo before it’s out in October, and it definitely has some interesting secrets lying in wait. As the newest project from the creator of Pony Island and The Hex, you’d assume it would have a similar mix of genre-mashing and eerie twists. Well, you won’t find either lacking here.

Inscryption mostly centers around a card game you’re playing against your mysterious game master and possible captor. The idea is that you do damage by placing forest creatures on different lanes of attack, dealing damage to your opponent; every point of damage turns into weight on the scales, and doing enough will tip them in your favor, ending combat.

Your card-based army isn’t too fantastical, but rather made up of wolves, birds, bears, and squirrels, the latter of which are usually either frontline fodder or fuel for sacrifice. More powerful animals demand a blood price be paid to summon them. I said this game was going to get dark, right? And yeah, the cards start talking. One in particular starts goading you along, asking you to do certain things at certain times. It also lets you know hey, you can get up and look around, something your strange opponent also encourages.

Here, Inscryption flips from a roguelite deckbuilder into a first-person exploration game, as you can move around the dimly lit cabin and poke at various odds and ends. There are boxes with intricate lock systems, various memorabilia and seeming mementos, and objects that I don’t doubt will become very important in the full game. It’s a neat flip that suddenly re-contextualizes the room, and adds even more mysteries to uncover outside the game’s bounds. 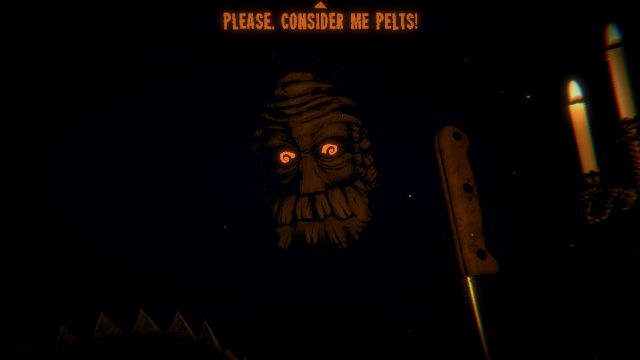 By the end of my hour with Inscryption, I was left with a lot of questions. I wondered how deep this roguelite deckbuilder portion goes, as the creatures I was crafting through ritual sacrifice and strange bonfire ceremonies grew more strange and powerful. And I pondered who my captor was, and whether I was captive or something else was going on; and also, where they got all those fancy masks from.

I’ve really dug Mullins’ previous projects and how they frequently blur the line between the game and the player, create intrigue and dread over the consequences your adventures have had. (The ending of The Hex still sticks with me, years later.) With Inscryption, this developer certainly seems poised to take me down another dark rabbit hole, and I can’t wait to find out what lies at the bottom in October.

Inscryption will launch for PC on October 19, 2021. A demo for it will be available as well.