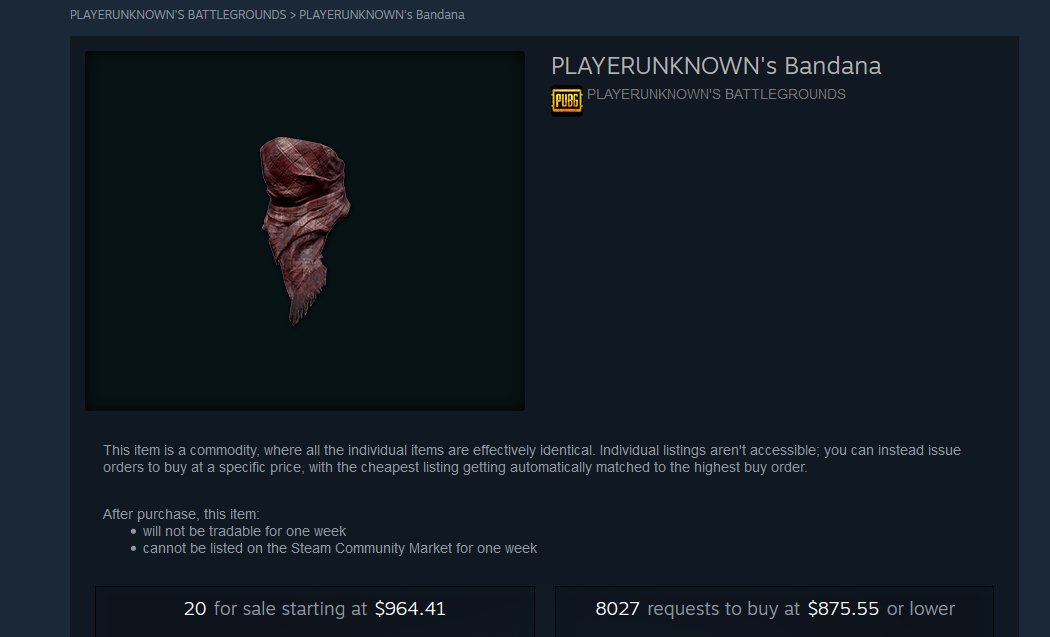 PlayerUnknown’s Battlegrounds is fun as shit, but when you’ve got 10 million sales and 1 million concurrent players, it’s also big money, and bound to pick up some obsessives. Like the kind of player who drops more than a fucking stack on a purely cosmetic item.

The red bandana has been selling for hundreds on the Steam market place over the past few months, but it was being sold for as low as $20 back in March. It originally comes from a loot crate that players who pre-ordered the $40 Deluxe edition of the game received. And, hey, maybe back in March you think, “I dropped $40 on this game, but I got an item that people are buying off me for $20, so it’s like I only paid $20 on this game. Score!”

Well fuck you, dipshit! You could’ve sold that shit for a fucking grand if you sat on it. Not doing shit wins again, motherfucker! Meanwhile my most expensive PUBG item is only selling for like $7.

The cheapest PLAYERUNKNOWN’s Bandana is now over $1,000 on steam [Reddit]