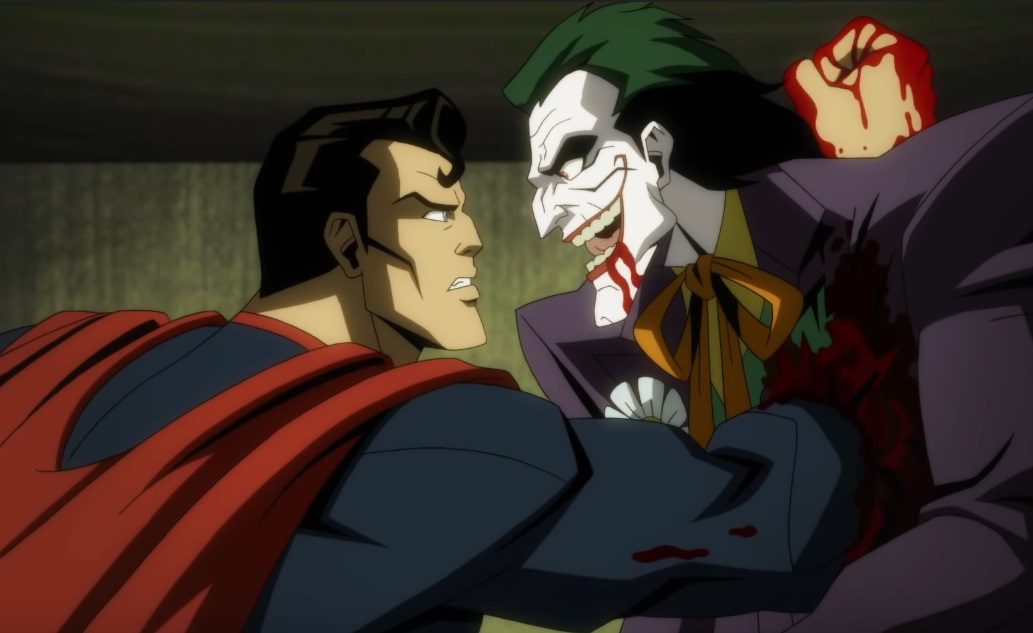 DC Comics and Warner Bros. Animation have released a new trailer for the upcoming movie Injustice — an animated adaptation of NetherRealm Studios’ 2013 release Injustice: Gods Among Us and its accompanying comic book series.

Much like the plot of the classic fighting title, Injustice will tell the story of a Superman pushed far, far beyond his moral code after a catastrophic tragedy befalls his city of Metropolis. Immediately taking swift and brutal revenge against the individual responsible, (guess who?), Superman then goes on to create a fascist police state — The Regime — fully convinced that the only way to keep the people safe is through a combination of strict oppression and violent retribution.

Superman’s new methods are, unsurprisingly, not taken too kindly by both his former allies and enemies. DC Comics legends such as Wonder Woman, The Flash, Nightwing, Aquaman, Lex Luthor, Catwoman and, of course, The Batman are all forced to re-examine their motives and relationships under Superman’s devastating reign, leading to an all-out showdown that could see the Justice League’s internal politics laid bare — bringing cataclysm to the planet’s most important faction.

While the “Bad Superman” trope is perhaps the single most overused trope in DC history, the story campaign of NRS’ Injustice was definitely engaging. The “dual universe” angle, which saw heroes-as-villains and vice versa, made for some interesting team-ups and surprising turns. And while I’m not personally a fan of WB’s animation style, the Injustice movie seems a perfectly fine way for comic book fans to kill a few hours on a wet weekend.