Getting in touch with the new controller

Behind closed doors at gamescom today, Sucker Punch showed off some of what they’ve been working on for upcoming game inFamous: Second Son, with a focus on how they’re using the PS4’s DualShock 4 controller to mix things up. 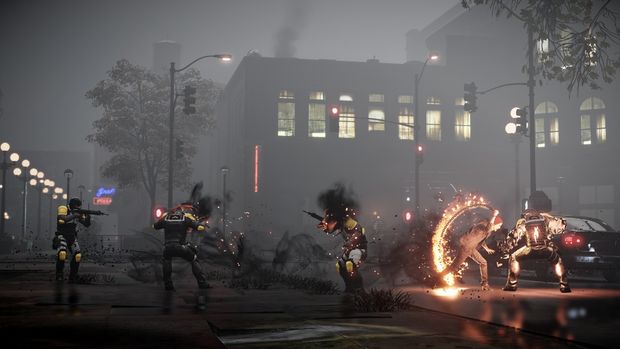 Sucker Punch is based in Seattle. They explain that they chose Seattle as the setting for Second Son for that exact reason. They wanted to make it exactly right so that when the supernatural powers were added in it would feel just right.

But their Seattle is a bit different than the real one in a couple of ways. In the world of inFamous: Second Son, a group called DUP is in charge of hunting down people with special powers. A live demo we saw had main character Delsin Rowe trying to enter city limits from outside. Cities in this world are blocked by DUP with checkpoints that aren’t unlike those at airports today.

In a mandatory fingertip DNA scan scene, the player uses their index fingertip on the DualShock 4’s touchpad to match what Delsin does in the game, trying to line it up in the same way.

When this scan (which fails, by the way) takes place, computer scan noises come from the DualShock 4’s speaker. Sucker Punch says that they’ll use the speaker for other things, too. For example, when a cell phone call is made, voice comes through the controller’s speaker sounding like it would over a phone. 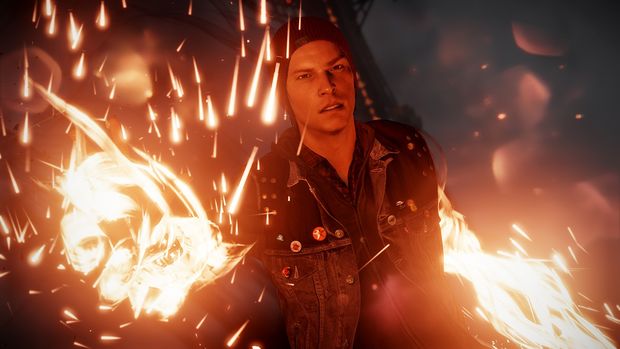 In getting around, sometimes Delsin needs to attack quietly. A new stealth attack uses his smoke powers to knock enemies out from behind. This move uses a couple of thumbs on the DualShock 4’s touchpad, looking to sort of emulate a strangle hold around the neck of a person.

Later in the demo, Delsin had to take out a heavy power core. Lifting it with one hand, he used the other to blast it with his powers to wear it down. This experience is recreated for the player through the touchpad in a way, with one finger having to hold the corner of the touchpad to hold the core up while attacking with the other hand.

It looks like Sucker Punch are doing a lot of neat things with the touchpad.