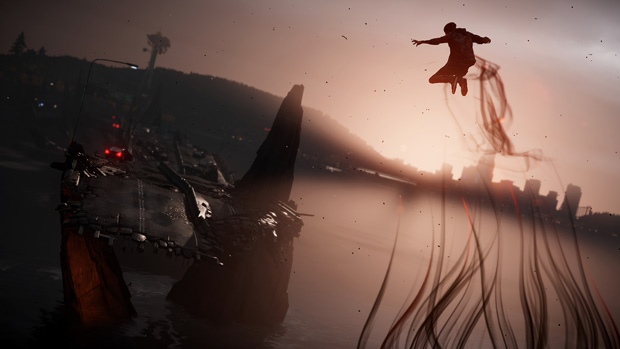 And a few new much-appreciated options

Tomorrow’s update for inFamous: Second Son will give players the option to turn off the game’s heads-up display, cap the frame rate at 30 frames per second, and, after clearing the story, change the in-game time of day. But that’s not all: there’s also a new Photo Mode!

As demonstrated in the video above, this mode goes far enough to include depth-of-field adjustments, so it should prove to be a pretty neat addition for Second Son. The photo editor can be used whenever you have free control of the camera (i.e., outside of cut scenes).

Rounding out the update are a few less interesting but no less important things, like crash fixes, tweaked localization text, and automatic pausing if your controller runs out of power.

One last note, per Sucker Punch: “these options and settings, including frame rate, will reset to defaults each time you restart the game. We chose to not disturb our game save file format with this patch in order get these features to you as quickly as we could.”