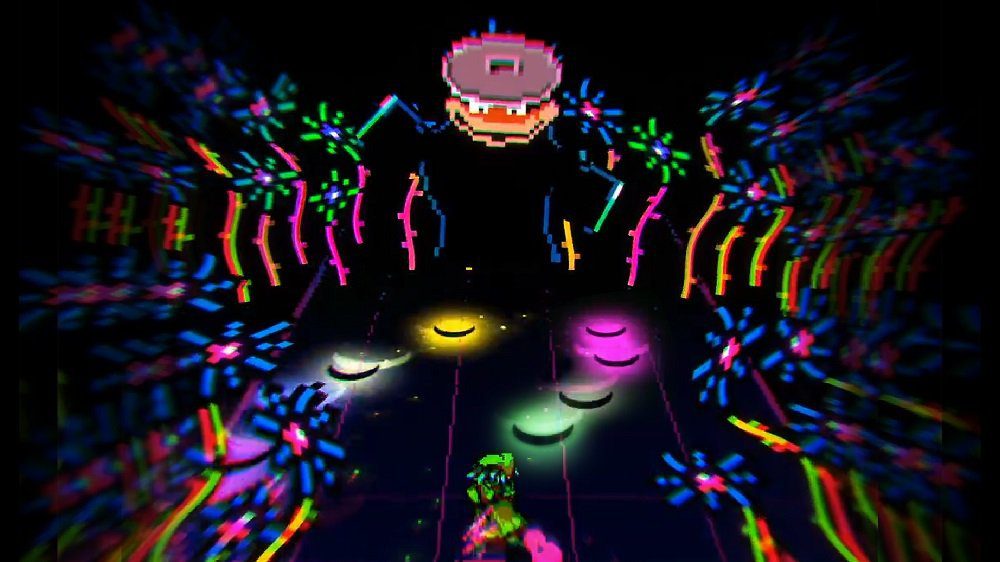 It’s been a rough start to the day for Red, an animated wooden doll who awakens to find that one of their arms has been stolen by a mischievous dwarf. Undaunted, Red sets about the seemingly simple task of recovering the missing appendage from its thief. But this is just the start of Red’s adventure, and adventure that will bend the very fabric of all realities…

This is the premise that sets up RPG Everhood, developed by indie outfit Foreign Gnomes and headed to PC and Nintendo Switch on March 4. Everhood will see Red interact with a cast of bizarre characters on a kooky quest through a fantastical kingdom. Characters such as a sentient ATM machine, a banjo-playing froggo, a “nearly-nude” knight, and a giant spider, among others.

From the trailer, you can see Everhood has a similar overall style to Toby Fox’s beloved RPG, Undertale – what with its pixelated visuals and slightly unnerving universe. But Everhood‘s combat appears to be a sort of bullet-hell take on the rhythm-action of Guitar Hero and Rock Band. It looks like a wild ride.

Disclosure: Everhood is represented by Stride PR, a marketer which also employs three ex-Destructoid writers. As always, this did not factor into the decision to cover this announcement.