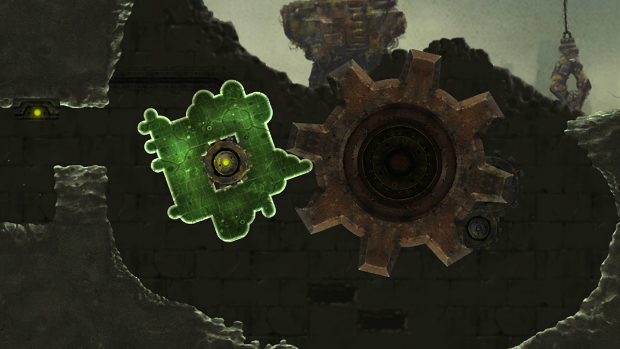 Most entertaining fungus since Cordyceps

Though it has been gaining steam in the indie circuit for a couple years now, Mushroom 11 by Untame had not hit our radar until now. Starring a lovable green ameboid fungus making its way through a desolate, post-apocalyptic world, it looks to bring a cool idea to physics-based puzzling.

The globular lifeform is not directly controlled by the player, but instead has the property that it maintains a constant mass and volume. In other words, by destroying cells in one place, those same cells will regrow in another. Players are given a tool to do just that, but environmental elements can also destroy fungal cells as well.

What results is the ability to ooze around, climb walls, imitate machinery, and more. In the brief teaser video above, a lot is already being done with the idea. With a release set for later this year, we will see just what all this blob is capable of doing.