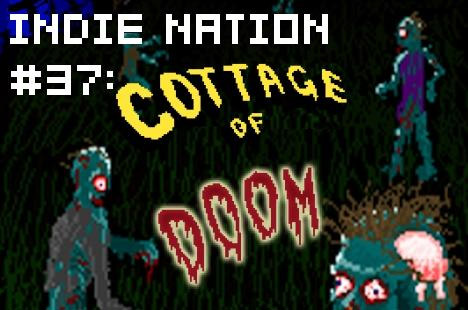 With Left 4 Dead less than a month away, and my “Top Ten Most Badass Zombie Games” list still a glimmer in my eye, I thought it’d be worth mentioning one of the coolest zombie-related indie games in recent memory.

Cottage of Doom, winner of TIGSource’s B-Game Competition, is one part shooter, one part tower defense, and one part survival horror. It is, in other words, totally addictive and awesome.

You can hit the jump for my thoughts on the game, but if the concept of defending an isolated cottage from a zombie attack by barricading doors and windows and blasting any zombie who gets close with a shotgun isn’t enough to make you download the game of your own volition, there’s nothing I can really do to help you.

On an unrelated note, check the alt text if you’re a registered Arizona voter.

The stories are hit and miss, but the anthology has taught me one specific thing for which I am grateful — that out of all the different sorts of zombie story, there is one specific type that resonates with me above all else. You can show me political zombies, spiritual zombies, or zombies on parade, but I’ll never enjoy them more than when they’re mindless, shambling freaks attacking one or more survivors inside a barricaded compound.

It’s something about being able to put yourself in the characters’ shoes, and wonder what you’d do in that situation. Something romantic about the idea of barricading an entire structure and isolating yourself from the world, alone except for your wits and your undead enemies. I can be entertained by running zombies or satirical zombies or intelligent zombies, but it takes the dumb ones trying to tear a house down with their bare hands which really gets my blood pumping. 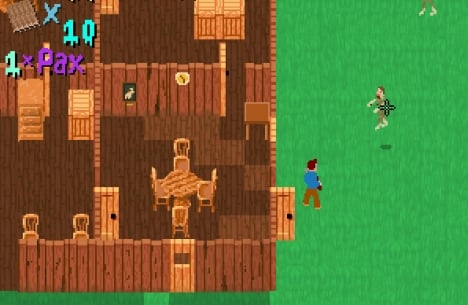 And this, to halfheartedly transition back to talking about videogames after three paragraphs of avoiding them altogether, is why I like Cottage of Doom so much. While the other zombie games I’ve highlighted on Indie Nation (Urban Dead and The Last Stand 2) are really fun in their own way, and do involve barricading buildings and protecting yourself, neither game takes the “one man against the world” idea as far as Cottage of Doom does.

Apart from the goofy opening and the invisible roommate who throws you ammo and furniture from the top floor, you are the only living human in Cottage of Doom. There’s no ending where you get saved from destruction by a helicopter. No safehouse to go to. The stream of zombies is neverending, your fate assured; it’s simply up to you to see how long you can hold out.

Cottage of Doom‘s most interesting mechanic, by far, is the player’s ability to block windows, doors, and entire areas off by moving furniture. Though it sounds like a small thing, there’s literally no other zombie game I can think of (heck, maybe no other game, period) which allows you to dynamically barricade certain parts of a house. 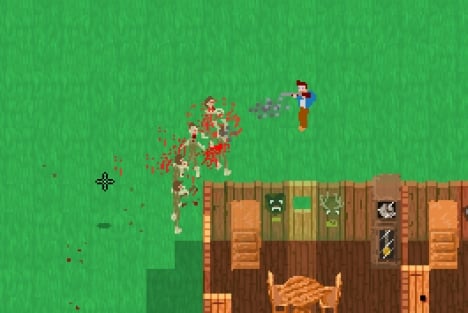 In most zombie games, barricading is a binary thing: you either do it, or you don’t. In Cottage of Doom, barricading is an integral, strategic part of the game. If you don’t keep the right parts of the cottage defended, you’ll get overwhelmed quickly. If you don’t destroy certain barricades ot get ammo from them, you won’t be able to take out the encroaching zombies. If you can’t strategize and find a good balance between blasting the undead and maintaining your barricades and doors, you’ll be screwed.

The barricading system almost makes Cottage of Doom more of a strategy game than an action title. Blasting zombies is fun, of course, but the gunplay never gets any more complicated than “click on this zombie a few times to kill it,” while the barricading gameplay has an incredible amount of depth and nuance. I’m not typically one to enjoy thinking in my zombie games, but Cottage of Doom tricked me into loving every minute of strategic, furniture-moving glory.

“Strategic, furniture-moving glory” is also the exact wrong phrase to use on your friends if you’re trying to get them interested in playing the game. 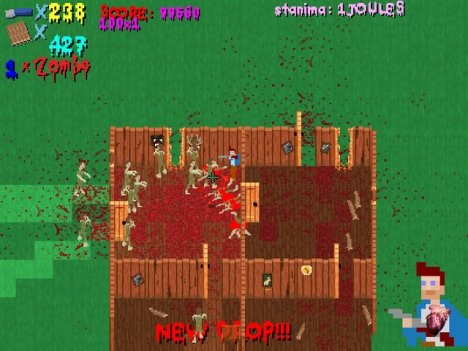 Play it, enjoy it, and try to imagine how awesome a game like this would be if it took place in a huge, nonlinear world.