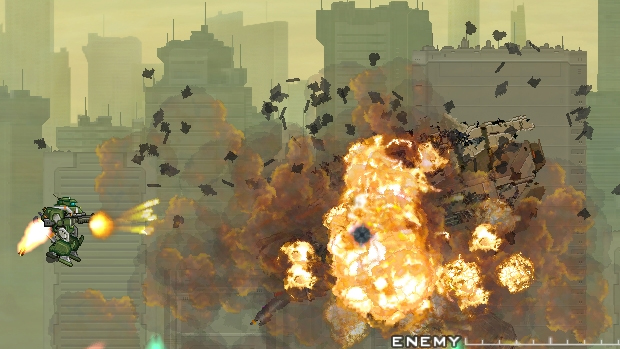 ‘Side-scrolling, mech-shooting bad assery is back!!’

Set in the near future, where mankind is entangled in a war with an alien race that’s bent on stemming humanity’s spread throughout the universe, players pilot a battle robot on the enemy homeworld across six action-packed levels where the clock poses as much of a threat as the enemy hordes.

Should you wish to join the fight and combat the alien menace, Gigantic Army is available now for $5.99 via GiganticArmy.com, GamersGate, Desura, and Rice Digital.  It could also probably use some love on Steam Greenlight.