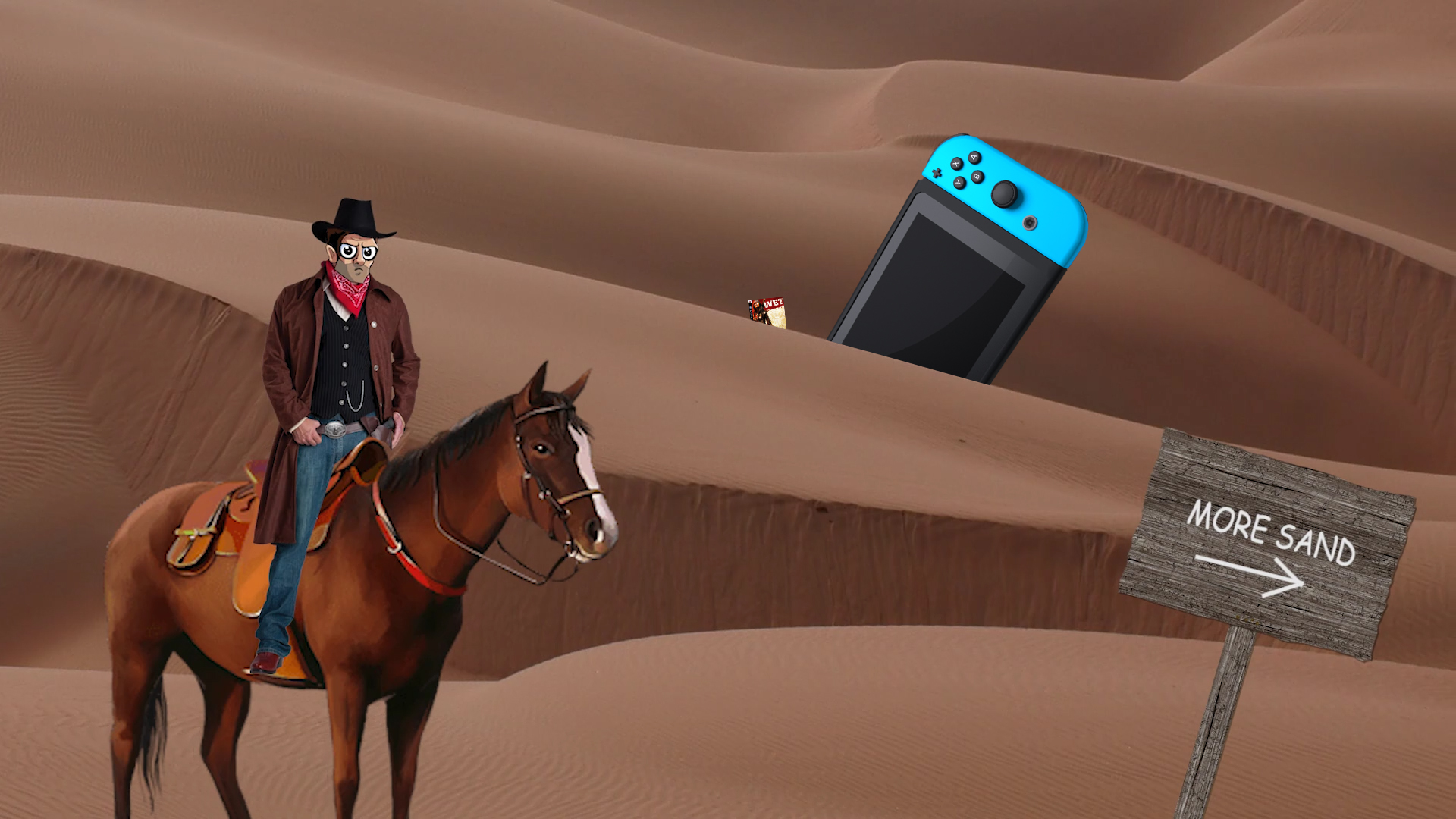 Lyle’s on a horse with no name

Shake the sand loose from those undesirable places because it’s time we fill them with video game news from today’s episode that features the following:

That’s right! We’re in a desert! A desert in which every grain of sand is a minute lost from our own cursed creation: video games. As I wander through these lost sands of time, I can’t help but wonder why I never heeded the warning from hap inc’s Mom Hid My Game! Mom simply hid the game because she cared. We didn’t listen. I didn’t listen.

Video games have sent me down the dark road of writing about a man we keep hostage thanks to the powers of online video content creation. Thankfully, through the power of virtual reality, we can keep Lyle entertained and awake for years to come! After 36 hours straight, he’s really enjoying Nebraska Farming Simulator 2019 in VR.

What’s the most hours you’ve put into a single video game?