Last year, after a very successful Kickstarter campaign, Black Forest Games was able to take what started as a Mario rip-off with the Great Giana Sisters and turn it into a unique, beautiful platformer. After being one of the first Steam Greenlight games released, as well as popping the title on to Xbox Live Arcade and PlayStation Network, Giana Sisters: Twisted Dreams is now available in Mario’s home base.

Arguably, this may be the best version yet. 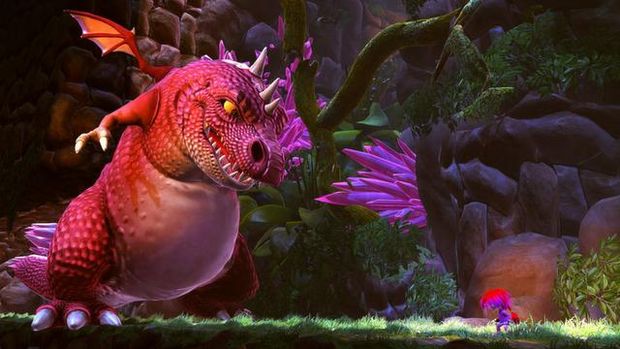 On the surface level, there’s not much different between the version we reviewed last year and the version now available on the Wii U. The dream-switch mechanic is still at the heart of the adventure, with each level hinging on its precise usage to traverse obstacles in every world. Switching between the “cute” and “punk” versions of the sisters changes how the entire world looks, and the music also switches to fit the personalities of each sister.

The game is beautiful in HD on the Wii U. The stark diversity between the two worlds is breath-taking, and the colors and characters pop with eye-catching contrast. Likewise, the score is fantastic, and the differences with how the same theme changes styles with the dream-switch interface is truly inspired. However, if that becomes too distracting, you can choose to have the music remain the same through the switches. 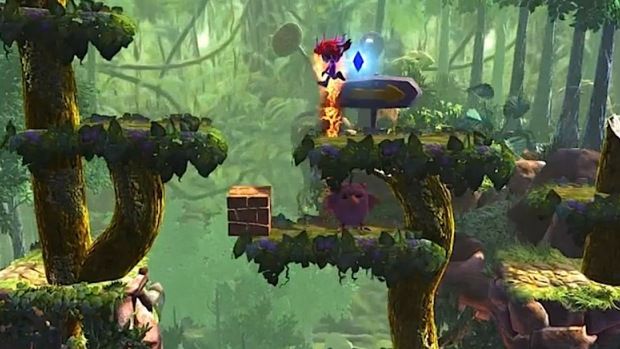 So, what does the Wii U version do differently? For starters, there’s an “easy” mode available, which offers a lot more checkpoints mid-level, and allows for the boss levels to not be kept behind locks dependent on how many gems you obtain in the previous missions.

Granted, Giana Sisters‘ easy mode is everyone else’s “normal” mode, but if you’re really sadistic, there’s also the unlockable Score Attack, Time Attack, Hardcore, and Uber Hardcore modes from the previous versions, ready to blister your thumbs off your hands. There’s also a ton of gallery images unlocked when you grab large gems, if you’re in to that kind of thing.

Control using the GamePad is perfect, as switching between the two personas is seamless and fluid, either through use of the right Z-trigger, or the dash or spin moves. There’s even Off-TV GamePad play, though all is not perfect. Currently there’s no audio for the Off-TV mode. Black Forest says this should be fixed with its next patch, which is due any day now. Also, while switching between sisters is seamless in-game, the actual load times for each level before you start are very long. 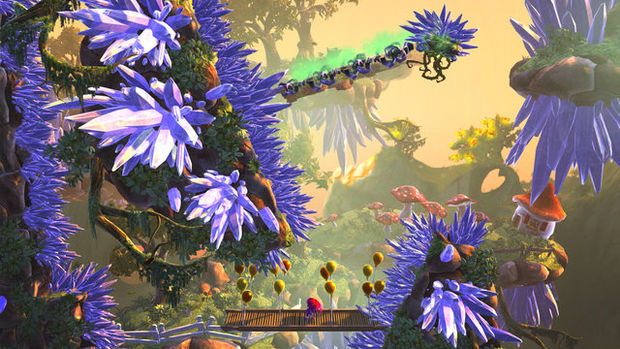 All that said, however, you’ve still got an excellent, beautiful platformer for the Wii U. If you haven’t picked up any of its other iterations, this is the perfect time to do so, and the perfect platform to do it on.