I’d love to see more of these

As you may have noticed, Disney Infinity has been slowly rolling out some add-on options for the core game, and not all of them are created equal. Some involve a full-on story mode unique to a Disney IP, some are character packs, and others are just singular characters.

Although the IPs presented in said add-ons tend to skew towards contemporary films, the Frozen Toy Box Pack is a decent compromise for those of you who want more than just a simple character pack. 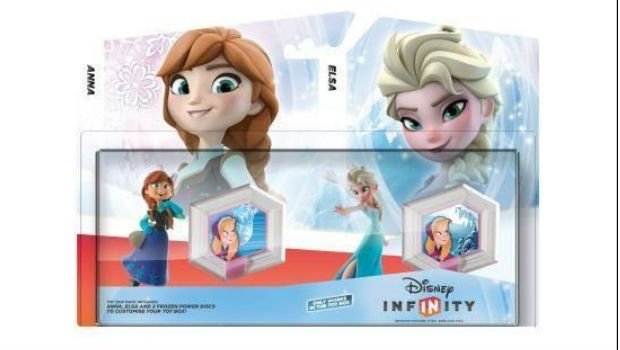 Anna, the star of Frozen, is one of the two characters included in the set, and although she isn’t one of my favorite characters in the game she’s interesting enough to warrant the occasional switch. She uses her shovel as her base attack and a grappling hook to get around — the latter of which basically functions as a hookshot for traversing gaps, Tenchu style. She also sports a neat ninja flip, although her regular attacks are very slow and awkward, so you’ll most likely want to use a Toy Box item to take on enemies.

Elsa the Snow Queen is the highlight of the pack, as she sports a much more interesting design as well as some badass magical attacks. Her ice beams are almost Final Fantasy in nature, as she has both AOE snow flurries and individual icicles that can be aimed from afar, which makes her useful for almost any situation — not to mention they can also freeze enemies. She doesn’t have any real maneuverability advantages, but she also has the ninja flip, and she can double jump. Unlike Anna, I use her regularly now in Toy Box. 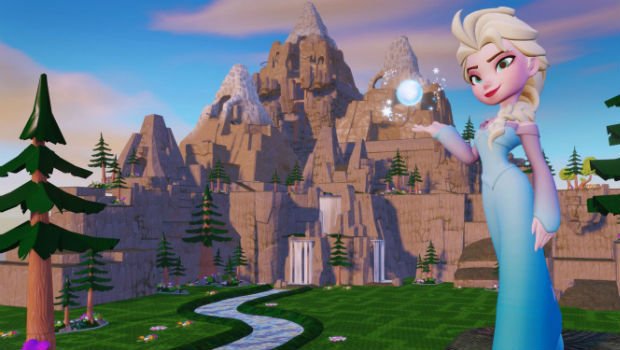 The best thing about this set however is the fact that it comes with two themed Power Discs that are exclusive to the Frozen pack. They allow you to customize both the background and the entire theme of the set, morphing your creations into a winter wonderland. The discs are easily two of the best themes and backgrounds in the game, and drastically alter the overall look of the Box. I love this concept of a Toy Box set, because it doesn’t feel like a wasted opportunity like some other releases.

For instance, if the developers released a “Nightmare Before Christmas” Disc with Jack Skellington (it’s sold separately), he would have been a much more compelling purchase. The inclusion of the discs here is a great compromise, and one I’d like to see more of going forward. Since Frozen functions as both a co-op set and a full-on theme, I can heartily recommend it for any fan of Disney Infinity.