Defense Grid: Containment came about from a Kickstarter campaign intended to raise enough money to create Defense Grid 2. Sadly, Hidden Path Entertainment didn’t get the funding needed to create a full sequel to this amazing tower defense game, but the studio did manage to bring in enough to make some new DLC.

Containment has the same amount of content as You Monster, but feels bigger to me. The maps are more interesting, the challenges are harder, and it just feels like a bigger addition to Defense Grid. It’s money well spent in my opinion, and I can see myself playing through these maps until I achieve perfection, no matter how painful that may be.

If you are new to Defense Grid, this is a terrible place to start. It’s already expected that you know what all of the alien types and towers are capable of, and the maps and challenges are more difficult than any of the previous content. Veteran players should be overjoyed about this, but I just want to give a fair warning to anyone who is not acquainted with the game or has yet to finish the core campaign.

Containment has some of the most challenging missions available for Defense Grid. I’ve played a lot of the game, and I would like to think that I am pretty good at it, but I still haven’t achieved the gold medal for most of the levels in this pack. The missions are varied, standing out from previous ones in the core game and other DLC.

While beating the campaign was a challenge, attempting to attain perfection on some of the challenges seems damn near impossible to me. That hasn’t stopped me from trying, mind you. Containment manages to hit that sweet spot of being a pain in the ass and addictive at the same time. It’s a lot like Tetris on crack. 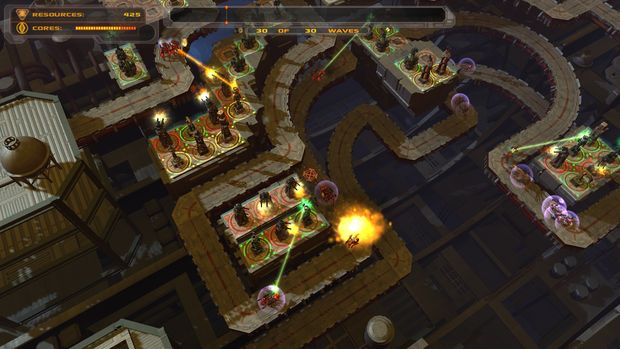 One of my favorite missions has the cores move from one location to the other side of the map halfway through the level. This means that you’ll have to build all new defenses to keep them safe. It’s an interesting trick that makes the level a bitch to play, but in a good way. If you aren’t interested in a challenge that will make you want to punch things, you should look into another game to play.

The story moves forward as you, the commander, and your faithful A.I. move through a portal to another human colony. Plot has never been a huge part of why Defense Grid is so good, but the writing here holds up the previous stuff. It’s charming and interesting to listen to while watching aliens ignite into flames. One of the new character is voiced by Alan Tudyk, most famous for playing Wash on Firefly. It’s awesome to hear his voice again, but no one really talks enough for it to be a major deal.

There are eight new missions in total, with each one taking around 30 to 60 minutes to complete on the regular story mode. Each level has around five alternate ways to play if you want to try a different challenge. Hidden Path claims that Containment adds 15 hours of gameplay to Defense Grid, and that’s very easy to do with all the new levels. 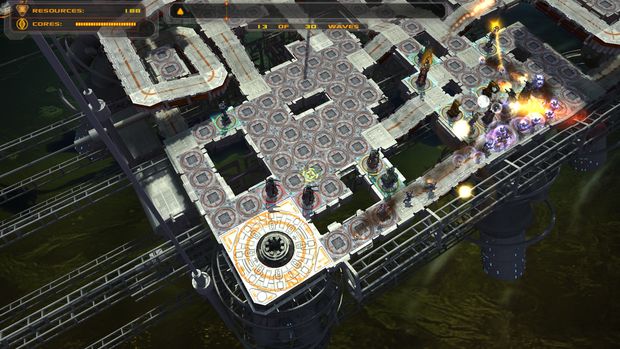 Containment is an excellent piece of DLC. It adds more content that I actually wanted to play without feeling like contrived drivel or something that should have been in the game in the first place. It’s more of an expansion than DLC, but that’s a semantic debate that can be had somewhere else.

For five bucks, this is worth buying — I highly recommend it to anyone who owns Defense Grid. If you don’t already own the base game, this DLC is a shining example of why it’s the best tower defense title out there and you should consider getting the complete game for $19.99 from Steam.