Not a ghost town

Now that the servers are live on Xbox One, I had a chance to sit down with the newest Call of Duty and test out both next-gen versions of the game. I’m pleased to report that they not only have feature parity with the PC version (and thus, don’t feel gimped like on 360 and PS3), but the visuals are markedly improved, and online play is much smoother than any COD game before it. 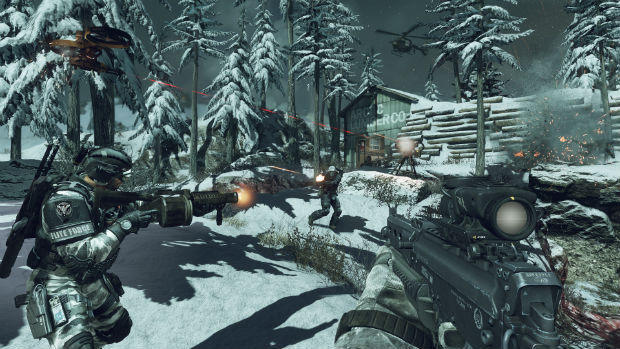 Don’t get too excited here. You’re still going to get the throwaway, “been there done that” campaign, and Infinity Ward’s extremely poor attempt to copy the Zombies formula with Extinction, but the good news is the serviceable multiplayer is vastly improved. Instead of limiting the player count to 12 like in the 360 and PS3 versions, Ghosts on next-gen systems allows for up to 18 players, and the Groundwar gametype. It doesn’t sound like a huge difference to most people, but I can assure you that six more people on the medium-sized maps of Ghosts literally make the difference between an action-packed round, and a ghost town.

My ranking transition from playing on the 360 to the Xbox One was seamless (I hadn’t previously tested it on the PS3). I just logged in, and all of my stats and levels were intact. It also asked me if I’d like to transition any DLC I purchased previously (in this case, the free “Free Fall” map), and downloaded it instantly. Extinction mode (something that has to be unlocked) also popped up on my menu. All in all, I was pleasantly surprised at how easy the generation to generation transfer were — I wish it were this easy for every game.

Jumping into an actual game was straightforward, considering that dedicated servers are now standard practice (although the PS4 runs on a hybrid mix of P2P and dedicated, whereas the Xbox One is entirely dedicated). Ghosts does look noticeably better on next-gen consoles, and the frame rate is vastly improved to the point where I didn’t sense any slowdown — both in terms of latency and visually. Little effects are also more noticeable, like smoke particles, sparks, and so on. On the Xbox One, the triggers took some getting used to, having played FPS games with a 360 gamepad for the past eight years — but once I was acclimated they felt wonderful. 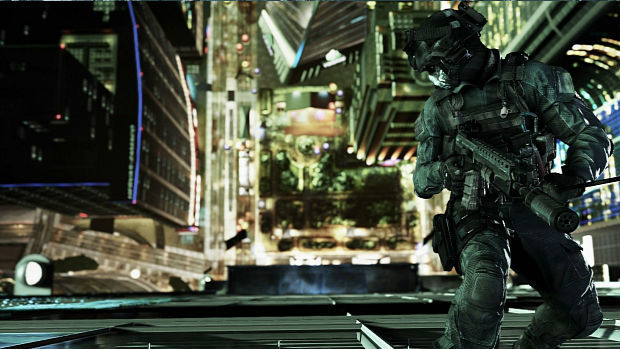 The PS4 controller still isn’t my choice for FPS titles, but it’s a vast improvement over the DualShock 3, so I didn’t have any major complaints. I mostly tested the Xbox One version for this write-up, and despite all of the controversy over the resolution limits, both the XB1 and PS4 versions look relatively the same.

Now, there’s something to keep in mind: although the dedicated servers do make a difference, there is a vastly lower player count in the next-gen space. I’m talking the difference between hundreds of thousands of people at once on 360 and PS3 to less than 100,000 on Xbox One and PS4. It’s something that could grow over time as more people pick up their shiny new systems — or it could just as easily shrink, so be aware of that.

All in all, the next-gen experience for Call of Duty is the best way to go if you don’t have access to the PC version. It has full feature parity, it runs great, and the dedicated servers really help make online play much smoother. So long as you realize that you’re not going to get much mileage out of anything but multiplayer.