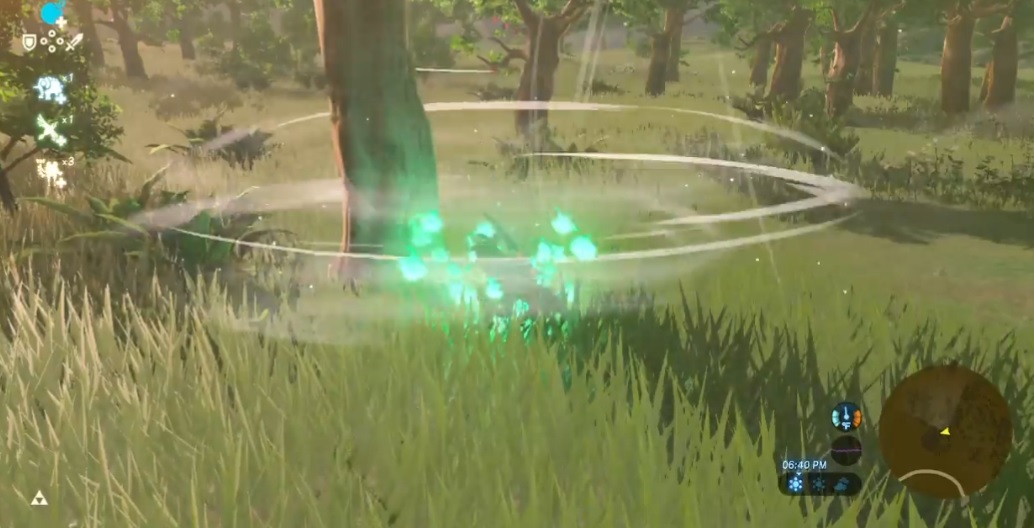 Zelda: Breath of the Wild apple farming isn’t something I really paid a whole lot of attention to when playing it, but now I’m all about it thanks to this video from I_snort_crayons (a name that made me snort in turn).

As the video shows, it’s as simple as walking up to a tree, and using Revali’s Gale. Instead of following up with the leap ability, you just cue it up, and the shockwave knocks apples off of the tree. The video creator calls it “non-destructive apple farming,” as it doesn’t involve chopping the tree down, or causing some amount of chaos to actually acquire the apples.

This Breath of the Wild apple farming method is one of many, many things I wish I knew during my travels the first time around. I can still think back to that era, playing it in isolation before launch: then seeing all of the crazy tweets and tips/tricks folks shared during the week of release. It’s a magical time and as I talk about often: it’s still paying out!

I know some of you are groaning at the prospect, but we likely have many more years to come of shared Breath of the Wild discoveries thanks to the sequel.

An easy Zelda: Breath of the Wild apple farming method: