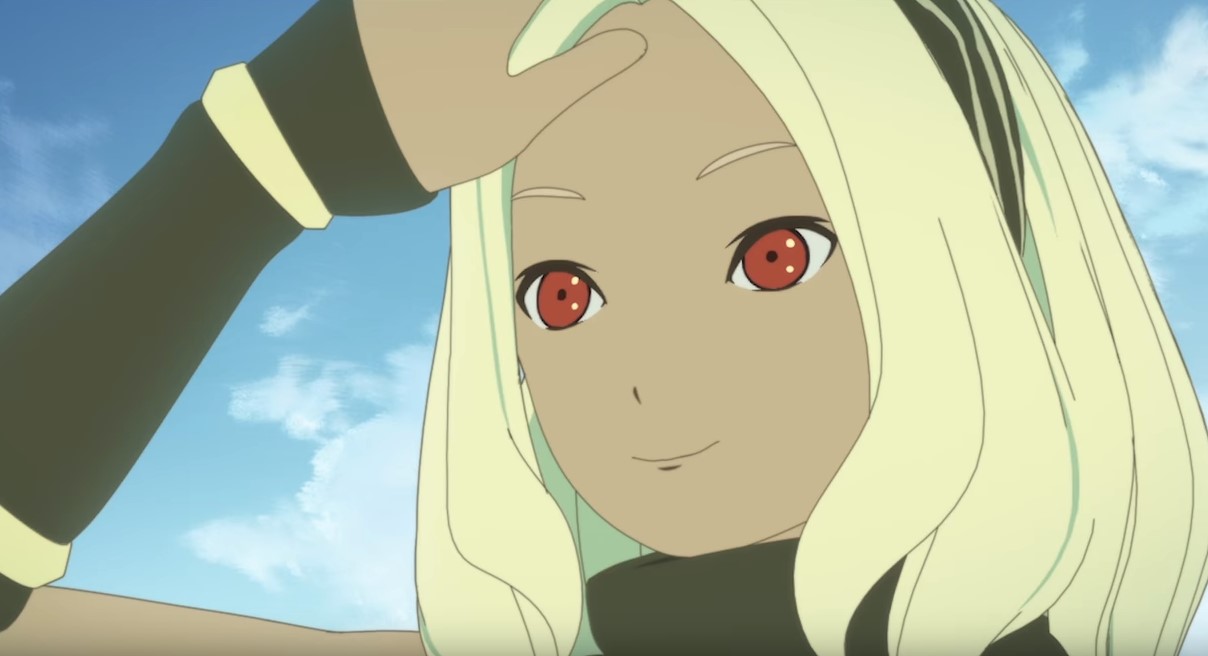 United we stand, united we fall

Last week, Gravity Rush 2’s online servers came to a postponed yet premature end. While its asynchronous game modes were far from its main focus, they were meaningful enough for their early closure to spark a very vocal backlash. The rewards exclusive to online play only fanned those sparks hotter. Unfortunately, despite the voices of Gravity Rush fans all over the world, the future refused to change again.

I wrote my guide for Dusty Token grinding (which is now useless) partially out of a desperate hope. Perhaps, I thought, publishing such a resource just might give GR2 the tiny push it needed to keep those features alive a bit longer. I have a bit of a love-hate relationship with this practice, as I implied in the conclusion to that piece. (Come to think of it, I have a love-hate relationship with a lot of controversial practices in game design.) Now that we’ve had the time to accept the gravity of this loss, I’d like to elaborate on what I meant. After all, Gravity Rush 2 is far from the only game that’s caused a large backlash by losing online exclusive components.

The vices of online exclusive content speak for themselves. Not all players have the time or accessibility to play on the Internet until they unlock some special thing. Even worse, it’s possible to pick up a used copy of one such game only to discover that a major feature is no longer available. In Gravity Rush 2’s case, not only are entire side attractions (photo sharing and treasure hunting) effectively null, but a power-up that grants unlimited flight is now unobtainable unless you won it beforehand. Their absences hurt GR2.

What doesn’t speak for itself is why this practice continues despite its controversy. The cynical answer is “it makes devs more money” and depending on the implementation, yes, but that doesn’t explain its application in games without microtransactions or paid DLC such as GR2. Another business-oriented answer is that online play gives a game more longevity, except GR2’s short-lived servers once again makes that irrelevant. Then perhaps the reason is spoken by its community instead. They sure spoke a lot to keep these features around.

Of course, one of the biggest reasons this push made as much noise as it did was specifically because of the short server lifespan. There’s no point in sugarcoating the fact that this campaign was driven by backlash as much as passion, but this kind of backlash doesn’t occur for games without passionate communities. The very existence of these online features, despite that they were just side activities, meant a lot to this player base. When used right, online is one of gaming’s greatest tools in bringing people together, and I love it on that principle.

Online-exclusive content can strengthen these communities further because it spurs more players to try such content. Admittedly, it’s a little cynical to use extrinsic incentives to push players towards certain features. But when removed from any extra monetization-driven agenda, those extrinsic incentives can nudge us out of our comfort zones towards new intrinsic joys. I believe that the inclusion of these online features and giving them exclusive rewards drove Gravity Rush’s niche audience closer together, allowing its community to flourish more than it would otherwise. That’s why I still respect the decision to limit items such as an infinite Gravity Power talisman to these servers.

With that in mind, that benefit only remains valid as long as those servers live, and the deaths of those servers still carry all the problems they did otherwise. This well-earned stigma has also had years to grow, thanks to hundreds of online or partially-online games that suffered similar fates.

Microsoft had a browser mini-game that gave a chicken suit in Fable 2, but that’s long been defunct. Super Mario Maker is still kicking, but the fall of Miiverse took comment-driven levels with it. Achievement hunters constantly lament the loss of multiplayer trophies to server closures. The list goes on. It’s overdue for a trim.

Naturally, the easiest solution to these problems is to never make content online-exclusive in the first place, and that’s a great way to circumstance-proof content. But that also prevents online communities from growing quite as much as they might otherwise. It’s a better solution than none, but I believe there’s still a better solution that preserves that opportunity.

The threshold from which online-exclusive content stops being arguably good and starts being unquestionably bad is at the point a server gets the axe. That point is far away from any decent game’s launch, far enough away for it to do a lot of potential good before then. Far enough away that a patch a year or so after launch could subsequently address it long after the community had its time to grow.

Gravity Rush 2’s shutdown made it impossible to collect more Dusty Tokens, but its online features were always asynchronous. It could have been patched to add a new array of offline Treasure Hunts and other “online” activity invites to accrue Tokens and earn loot. That could have been a relatively inexpensive gesture to keep the content available. I suppose the most likely reason this hasn’t happened is that Sony’s staff ceased touching GR2 altogether to move onto other projects, hence the server closure. I figure AAA development policies are rigid like that.

Speaking in a more generic sense, another option is to patch in other ways of getting the same unlocks. A patch might give something an alternate offline unlock condition, similar to how Super Smash Bros. characters traditionally have two unlock methods (one specific condition, and one that’s just playing X versus matches). Doing that, or even just straight-up automatically giving that content to all players, keeps that content available for much longer. Downloading a patch still requires having an available Internet connection, but this is much easier and requires less time online than actually playing online.

Asking for more patches to solve game design problems isn’t a revolutionary idea, I know. That doesn’t change the fact that this has remained a relevant controversy for about a decade while few games have implemented any such solution. Maybe the first of these games just didn’t have an infrastructure that could feasibly support those kinds of patches, beats me. But later developers could have built such contingency plans into their code after seeing how those games suffered. It has to be easier than removing a unanimously loathed microtransaction system and re-balancing everything it affected.

In fact, one very recent release does have such a contingency plan, that game being Mario Tennis Aces. While its online tournament-based character unlocks aren’t exactly the same idea, they’re similar on principle. DLC characters are exclusive to players who play in monthly online tournaments, making them even more exclusive than other such content practices… except not entirely. These characters will become available as free unlocks a month after their debuts, according to Nintendo. That’s an infinitely better promise than most games with “expiring” online-exclusive content make.

Online gaming has brought me closer to a bunch of my friends and helped me make new ones. In a way, it’s helped keep my quirky, annoying-but-lovable insanity from devolving into the unhealthy kind of insanity. That’s a part of why any little thing that might make online gaming more prevalent fascinates me. At the same time, I have to be honest about the self-imposed long-term harm that online exclusivity does to games. If anything, that fascination with online is all the more reason to mitigate the damage done by its loss however possible.