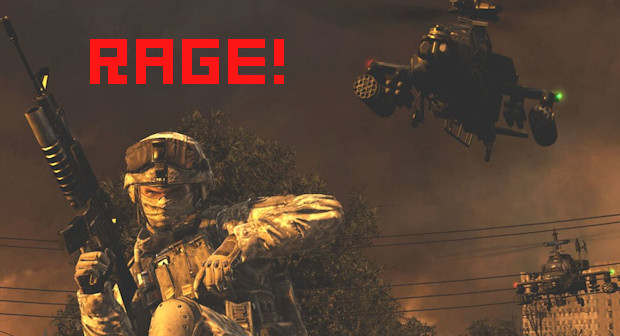 Prepare your sides for the splitting of a lifetime, because this is comedy you just can’t buy! IGN officially gave the PC version of Call of Duty: Modern Warfare 2 a 9.5, but when you compare it to the average reader review, something doesn’t quite add up. That’s because the reader rating for MW2 currently stands at 1.3!

It seems that a lynch mob of PC gamers, angry over the lack of dedicated servers and 9v9 multiplayer cap, have descended upon IGN’s reader reviews like piranha’s on a tampon. Post after post of vitriol and hatred have been heaped upon this game and “Insanity Ward,” with such scathing reviews as:

This game more fail than the Gov’t run health bill that was just passed.

There is just too much hilarity for me to post, so I urge everybody check it out before IGN cleans it up. For posterity purposes, I’ve taken a few screengrabs as well, because I believe this should be recorded as a great and historic event. I truly believe that this is the greatest moment in American history.