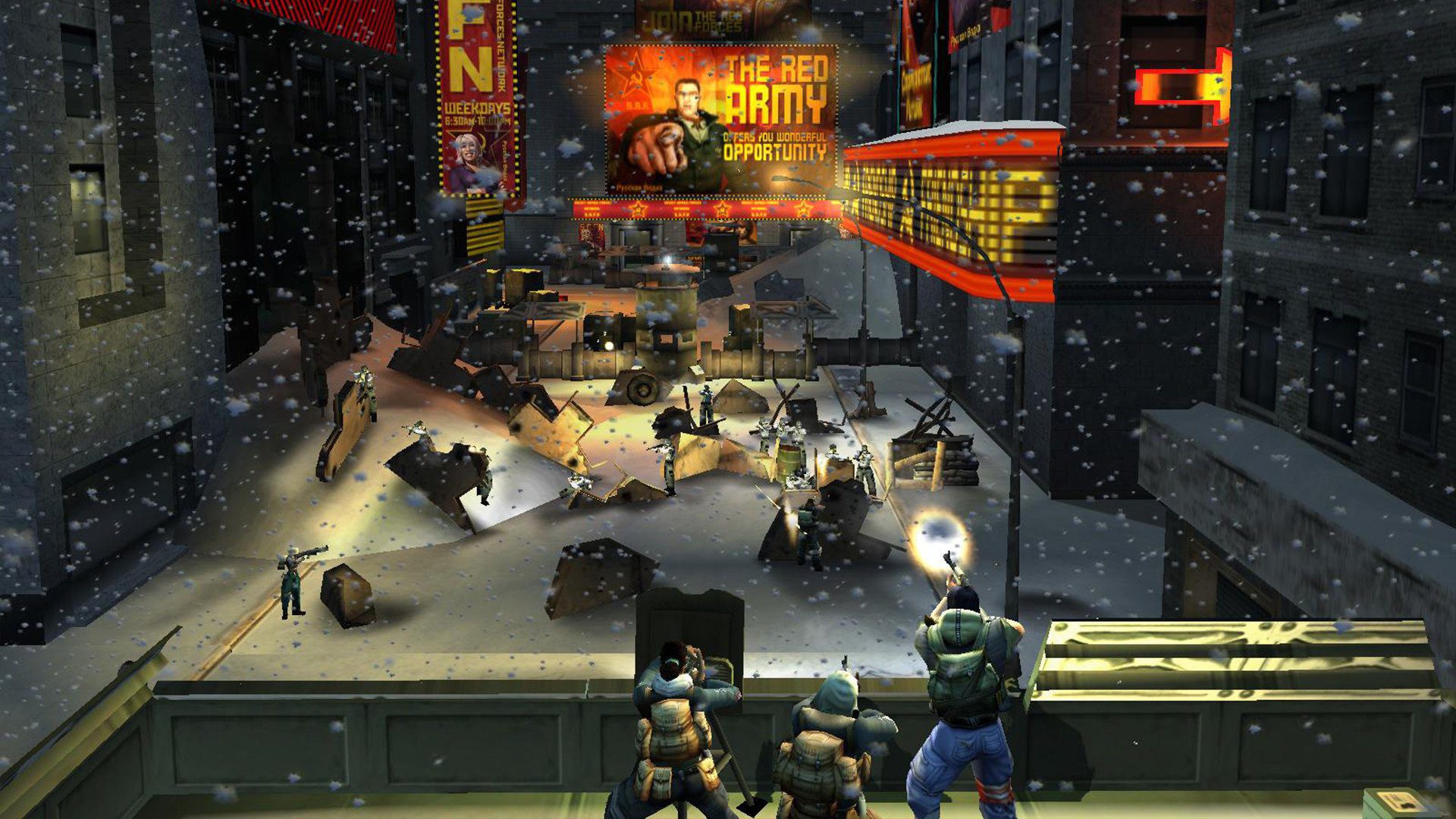 The new digital release of the game costs $9.89 during its launch-week discount period, it includes Jesper Kyd’s original soundtrack (along with two bonus tracks), and there’s a delightfully of-its-time PDF of the PC manual (featuring “tips for closing background applications on Windows 98”) for you to skim.

If you’re in the mood for a squad-commanding, base-capturing, Soviet Union-toppling shooter from 2003, it’s time to put yourself in the shoes of “hard-working plumber” Chris Stone once again. The game is available now on Steam and GOG. An Epic Games Store version is aiming for “this week.”

I can’t say I have any particular love for Freedom Fighters – there’s some cult-classic legacy appeal – but having it around on PC without jumping through a bunch of hoops? That’s cause for celebration.

IO has Hitman, Kane & Lynch, Mini Ninjas, and this. It’s an important title in that context.