Return to Drangelic on Feb 25

Dark Souls games are best experienced in the moment. Those first few months of release when the player base is active, mysteries abound, and perilous invaders lurk around every corner. Seeing the phantoms of other players, the helpful (and not so helpful) messages left by other undead, and being able to summon an ally or two for a hard boss makes the world feel alive.

Return to Drangelic is a community effort to recapture that moment. Two years since release, the Souls community hopes to rekindle the bonfire of Dark Souls 2 and once again fill the land with cooperation. Led by notable Souls community member, Illusionarywall, the event is scheduled to being on February 25 and last about three weeks. A handy flyer provides some tips on linking up with other undead 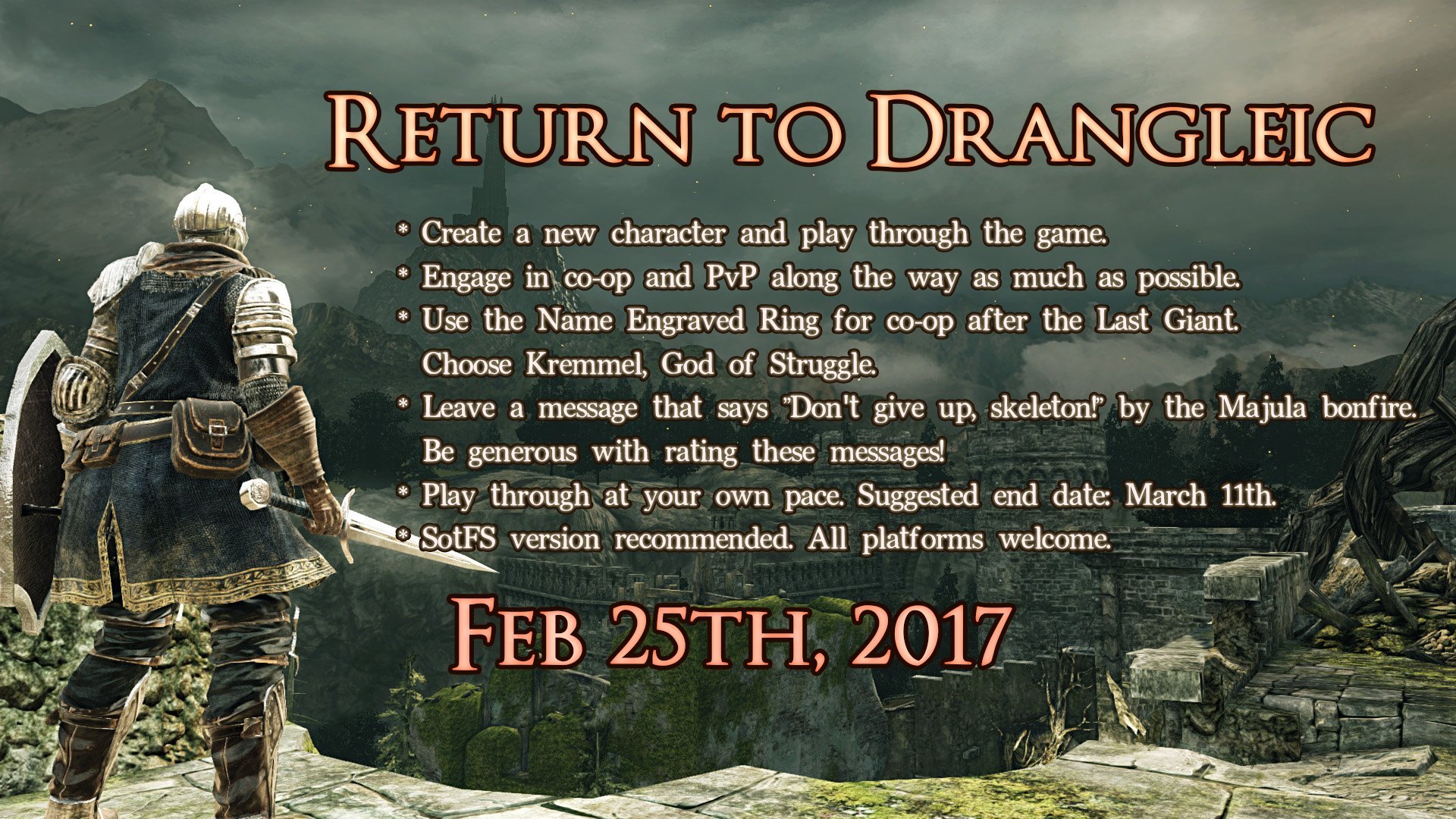 In an era of empty servers and multiplayer games that are dead three months after release, it’s fantastic to see such a concentrated effort from a community to keep their game alive. If you’ve never played through Dark Souls 2, or just fancy another turn through the harsh land of Drangelic, now is the time.