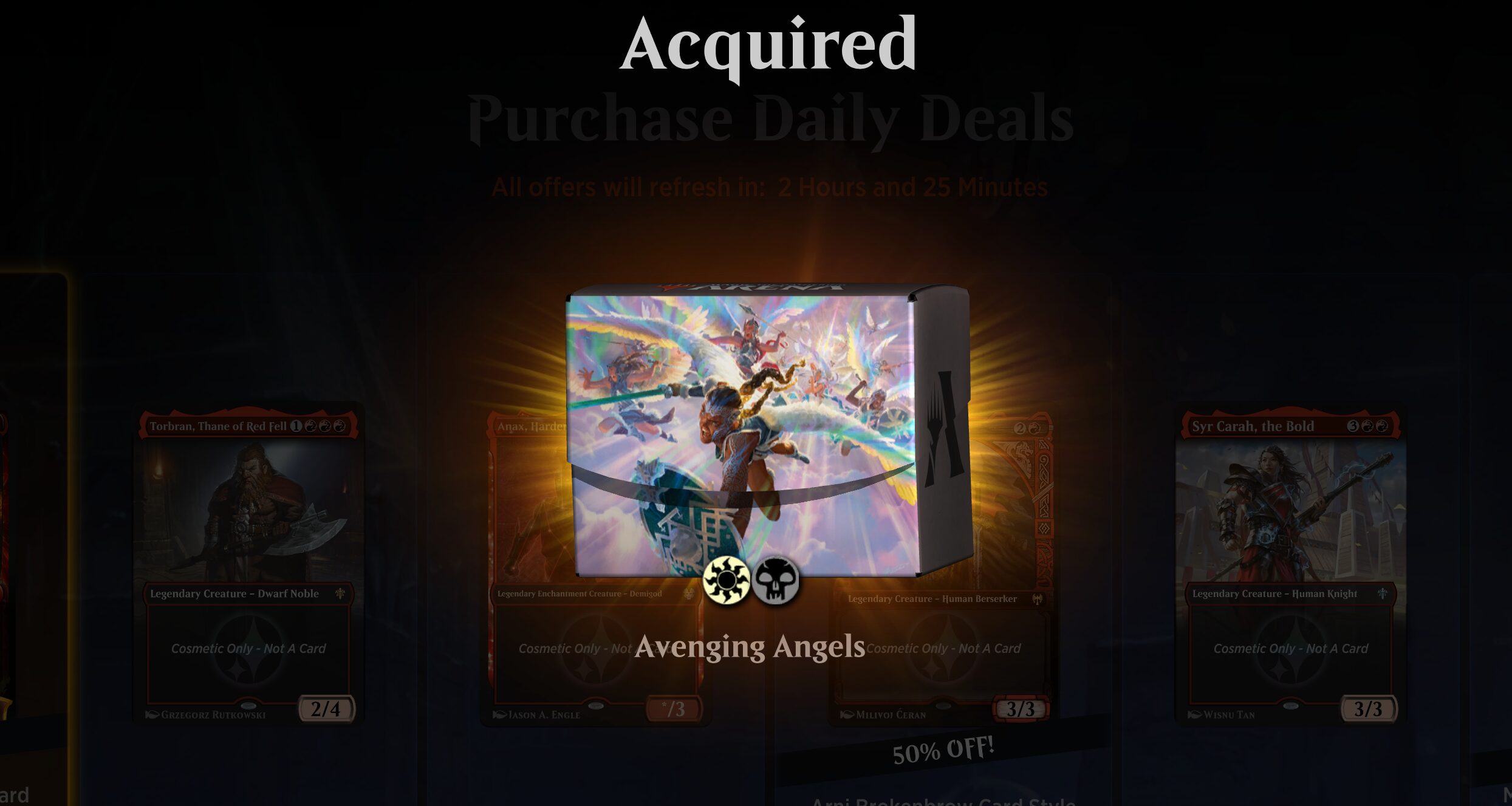 Magic: Arena periodically doles out new codes for hardcore and prospective players alike to use, which typically grant free packs. But this time around there’s a new elusive full deck code in the wild: Gameknights.

This deck is called Avenging Angels, and is compliments of The Command Zone YouTube channel, who was set up with this bonus code from Wizards of the Coast. You have until June 28 to redeem it, the channel notes.

And here’s a snapshot of the cards that Gameknights will grant you:

For reference that’s six rares (including one rare land) and one mythic rare.

Just like previous deck promos, it’ll automatically build the cards and place it in your “decks” section.

Avenging Angels is a fun little ride, providing some synergy with the angel tribal faction with a demon in the mix to boot. A fully built out version of this deck can also be viable in some ranks, and it mostly consists of newer cards to make it more flashy. Righteous Valkyrie is a standout card in case you were on the fence in terms of redeeming the code: it’s something you’ll be able to partially build out. For a three drop, it’s exceedingly powerful.

Filed under... #Magic: The Gathering Arena#mobile#PC#Wizards of the Coast